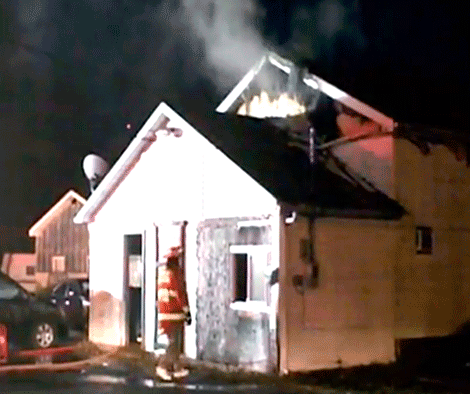 The blaze was reported shortly before 6 a.m. and firefighters were on scene within minutes attempting to put the fire out, he said.

St. Lawrence County fire investigators are on the scene investigating the cause of the fire.

Kearns said the fire was “cooking pretty good in the attic” when firefighters arrived on scene, but firemen were able to extinguish the blaze quickly.

The building is an auto sales shop.

No injuries have been reported.

The building is owned by Jeff Rush and Kearns believed the building was insured.