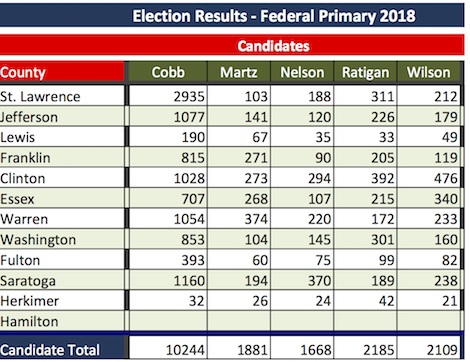 With 11 of 12 counties in the 21st Congressional district having finished counting votes, Canton’s Tedra Cobb has won the five-way Democratic primary to represent the party in the November elections.

All ballots cast in St. Lawrence, Jefferson, Clinton, Franklin, Washington, Fulton, Herkimer, Saratoga, Lewis, Essex and Warren counties have been counted. Results from tiny Hamilton County were not yet reported.

Dylan Ratigan of Saranac Lake, former program host and commentator for MSNBC and CNBC,came in a distant second, with 2,185 votes.

Katie Wilson of Keene, a small business owner and mother of two, is in third place with 2,1.09

Emily Martz of Saranac Lake has 1,881 and Patrick Nelson of Stillwater received 1,668.

The winner of tonight’s Democratic Primary will represent the party against two-term incumbent Republican Congresswoman Elise Stefanik in the November elections.

The election results are unofficial and do not include absentee ballots. 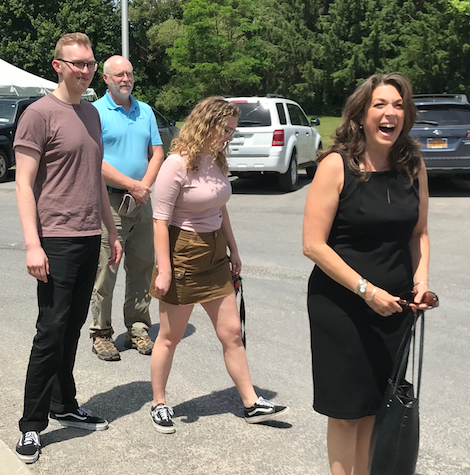