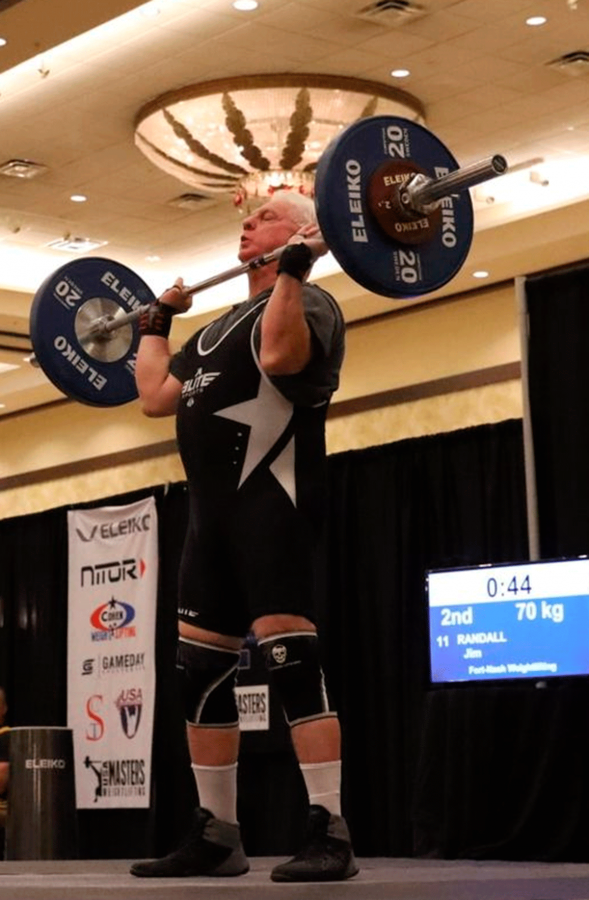 Jim Randall, a former resident of Canton, completes a successful lift at a recent Master Weightlifting competition. Randall recently won the “Grand Slam Award” given to an athlete who has every Olympic Weightlifting Championship in the same year. Submitted Photo.

He recently swept the 2021 competition events and won the “Grand Slam Award” in Olympic Masters Weightlifting in November.

In doing so, he is the only U.S. athlete in his age/weight division to win this coveted award that involves winning Gold in every Olympic Weightlifting Championship in the same year.

"I knew Jim had a good shot at sweeping the championships, but to do so, you have to stay healthy, travel quite a bit, have a great deal of discipline, and work very hard," said team coach Rob Arroyo. "Over the past 25 years, I've coached a lot of talented athletes at the Olympic level and Jim is only one to have achieved Grand Slam status. I am very proud of him. He is now part of a very elite group of Olympic athletes."

Although Randall was selected to compete in Japan with the U.S. Masters Olympic Weightlifting Team in 2022, the games were cancelled until further notice due to covid.

"For now, I'll be taking a break until the end of the year; enjoy the holidays; then begin training for the 2022 National Championships in April. As with all Olympic competition, it will be a new year and we'll have to prove ourselves all over again to the National selection committee. If I can stay healthy, I'd like to qualify and make the "cut" for the 2024 Olympics in Paris, France,” Randall remarked.