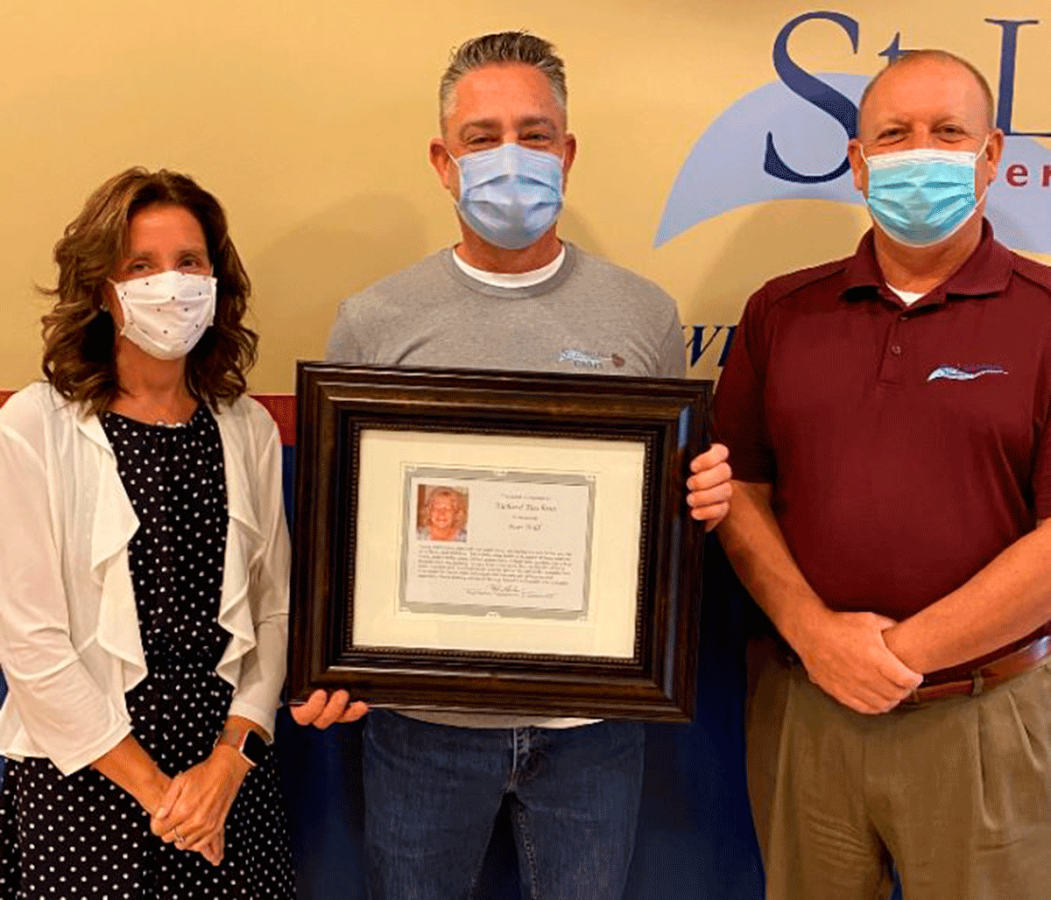 And the credit union named one of their own the recipient of an award in Todd’s memory.

Todd, who a news release describes as “a very dear friend and colleague” of the credit union, died of cancer in September 2017.

The inscription on Tacchino 's certificate reads, "During Pam's many years with the Credit Union, she displayed a love for her job, her coworkers, and members. Pam's smile, witty humor, and positive attitude made the Credit Union a better place. Richard shares many of these same qualities. Every time Richard enters the building, he has a huge smile on his face. He has the ability to make members and coworkers laugh and feel special. Richard works incredibly hard to promote the Credit Union and ensure that members are getting the best experience. Pam's memory will live on through Richard's enthusiasm and dedication."