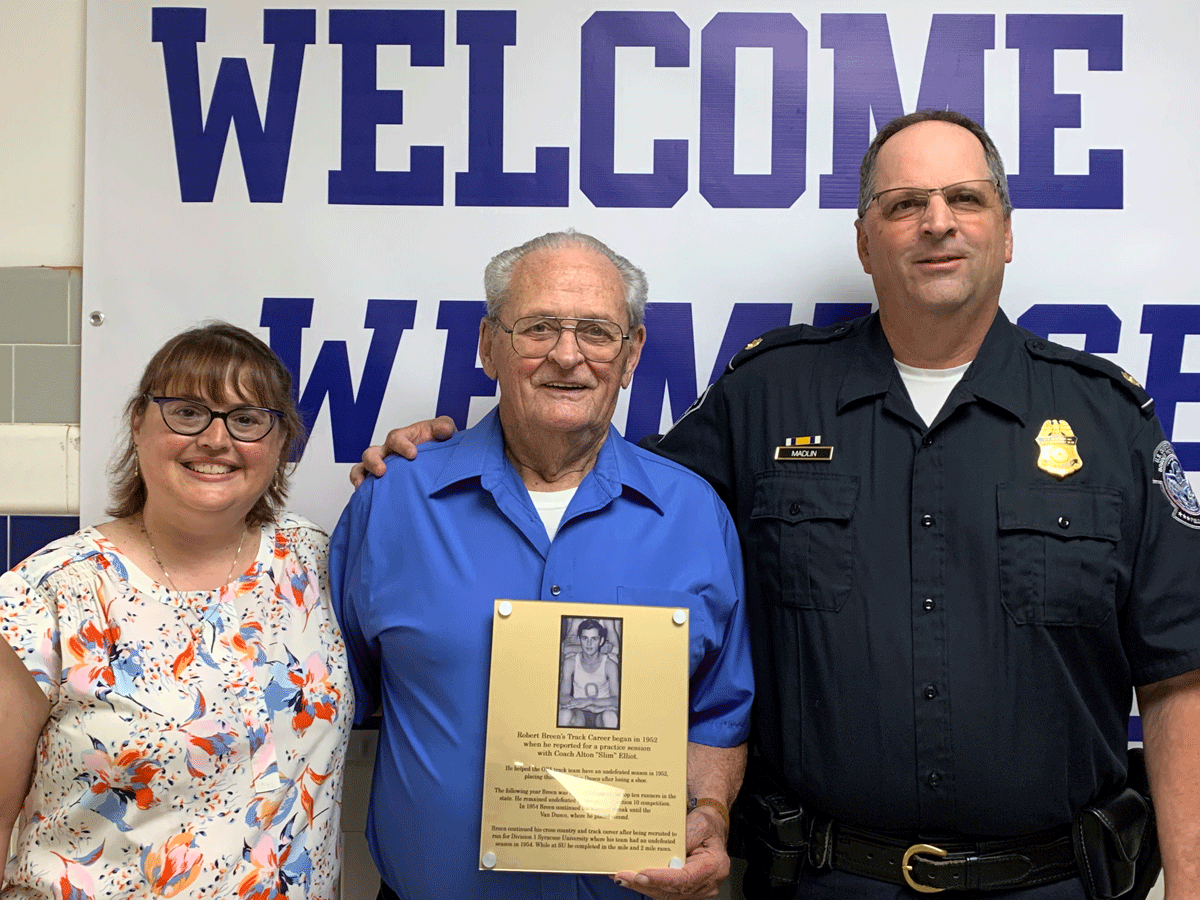 Bob Breen was inducted into the Hall of Fame as recognition for his cross-country and track performance. Breen’s track career began in 1952 when he reported to a practice session with Coach Alton “Slim” Elliot. He helped the OFA track team have an undefeated season in 1952, placing third in the Van Dusen after losing a shoe.

Breen was credited by teammates and coaches that this effort was the start of a track team dynasty in the early 50’s. He became known by many as Bob “Barefoot” Breen.

Daughter Julie, who happens to sit in the seat of City Historian, did some research and came a read the newspaper report at the ceremony. “Bob lost his shoe on the first turn of the race that included 22 runners, the shoe came off from a cleat from another runner. He started on the outside and ran 1740 yards with one shoe and one sock, on the turn he lost the sock and finished the race with one foot barefooted”. “On a cinder track” “and placed third.”

The following year he was considered one of the top ten runners in the state. He remained undefeated in two years of Section 10 competition. In 1954 Breen continued his winning streak up until the Van Dusen where he placed second.

Breen continued his cross country and track career after being recruited to run for Division 1 Syracuse University where his team had an undefeated season in 1954. While at SU, he competed in the mile and two mile races.