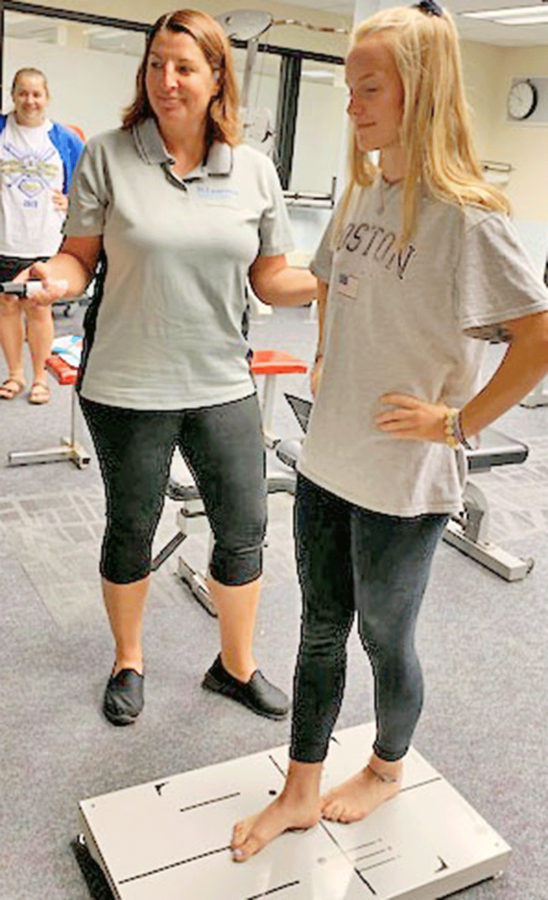 Students at two local schools recently underwent baseline balance screenings that could help them out in future years should they ever sustain a concussion.

Simzer said the students were being checked for baseline balance assessments as part of the Concussion Management Program at Canton-Potsdam Hospital. She explained there is no passing or failing involved, but rather students are assessed to see what their baseline is, and then those figures are recorded.

Though it won’t prevent concussions from happening, recording objective baseline data will assist with a diagnosis of concussions when they happen, and help with decisions regarding when an athlete may return to his/her sport.

A concussion is a mild traumatic brain injury caused by an impact to the head or body that causes the head and brain to move back and forth rapidly. Most concussions happen in collision sports, such as football, wrestling, and hockey. A concussion can, however, be sustained in any sport and at any level of competition.

Canton-Potsdam Hospital’s Physical Rehabilitation Department received the Community Service Award from the New York State Athletic Administrators Association for hosting baseline concussion clinics over the last several years. The Concussion Management Program has been made possible in part by funding provided by Stewart’s Shops to the Canton-Potsdam Hospital Foundation.

The baseline assessments may be set up at any Section X high school, as well as regional colleges. Clinics are periodically available through the hospital.

For more information on receiving or scheduling a screening, contact Terri Simzer at [email protected] or (315) 261-5494.