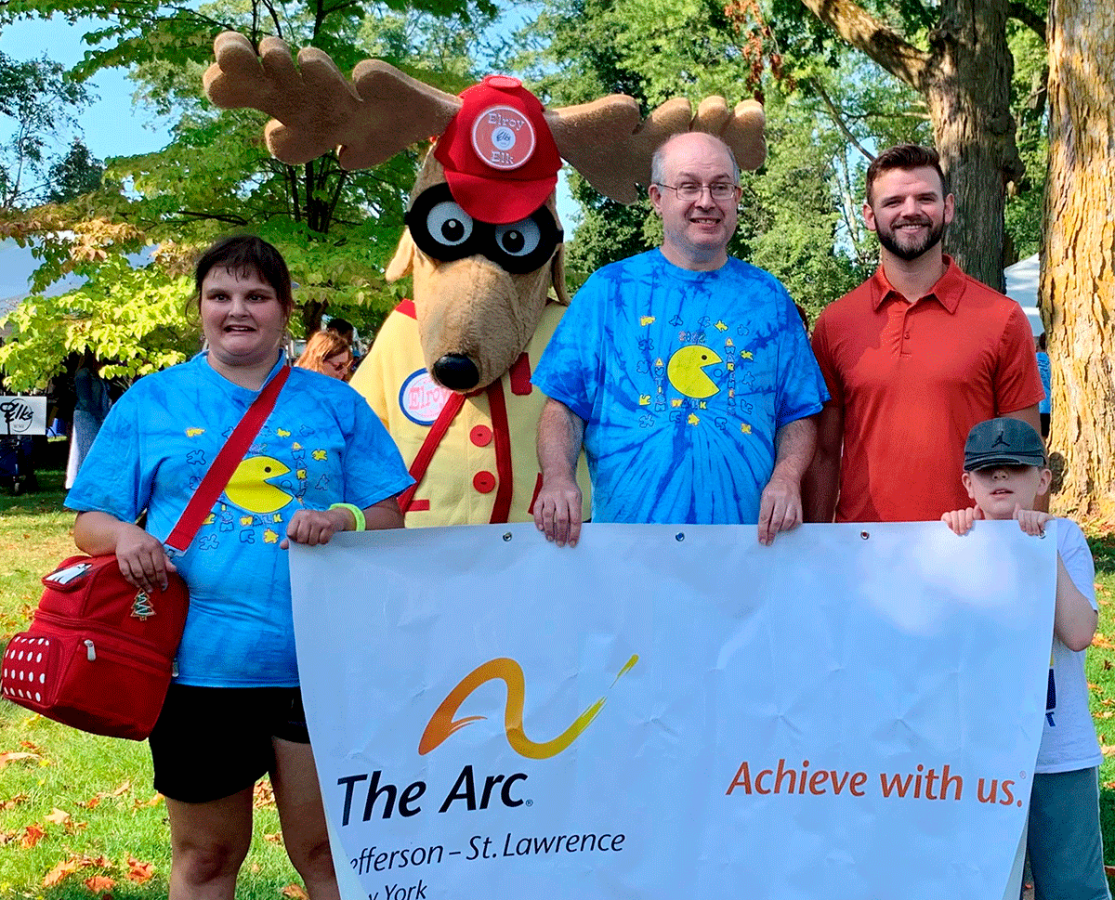 From the left are Greta Bellardini, Elroy the Elk, Jeff Hewitt, Garrett Domblewski who hosted the event, and Grayden Stemple. Submitted Photo.

CANTON -- The Arc Jefferson – St. Lawrence Foundation (www.thearcjslc.org), held the 15th annual walk to promote awareness and acceptance of Autism Spectrum Disorders on Saturday, Sept. 10 at the Village Park in Canton. There were more than 300 people in attendance and thanks to community support and sponsorship, the fund raiser netted a profit of over $21,500.

“We are extremely grateful for the generosity shown by the local donors and our business partners,” stated Michelle Carpenter, Foundation Executive Director. “It was a pleasure to have the Walk in person again this year and we look forward to adding even more fun activities next year as we move the event to April in honor of Autism Acceptance Month!”

The Arc Jefferson - St. Lawrence’s Bridges Program provides individualized services for people with developmental disabilities starting at three years old with a specialization in Autism Spectrum Disorders. Students participate in a variety of skill development activities addressing social, daily living, and academic skills using principles of Applied Behavior Analysis. Additionally, services are offered in the child’s home, in the community, and in their school. For more information on these programs, call 315-386-3055.