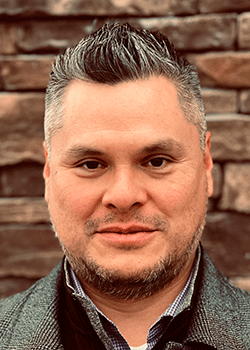 As a member of the Tribal Homeland Security Advisory Council, Lieutenant Thompson will help provide Secretary Mayorkas with advice and recommendations on all matters related to homeland security, as they relate to tribal lands. The Advisory Council will advise on homeland security policies and practices; including emergency management, law enforcement, cybersecurity, domestic terrorism and targeted violence, and border security. The Council represents more than 564,000 registered tribal members, 178 villages and village corporations, and collectively embody an extensive knowledge base of homeland security subject matter expertise.

“Lieutenant Decota Thompson continually strives to provide a high standard for public safety in the Akwesasne community and with partnering agencies,” said Tribal Chief of Police Matthew Rourke. Rourke added, “He possesses immense integrity, honor, and a continual desire to ensure that tribal police have the most effective tools, information, and other resources to combat crime in Indian Country.”

Creation of the Tribal Homeland Security Advisory Council was first announced on Seskehkó:wa/September 7, 2022; which began the process of accepting nominations for council members. Successful candidates were selected based on their leadership capability, professional backgrounds, technical expertise, and geographic makeup, as well as their ability to serve as a tribal representative.

Lieutenant Thompson is a 14-year veteran of the Saint Regis Mohawk Tribal Police Department, where he currently serves as the Criminal Investigation Division Supervisor. He works on cases involving the most vulnerable populations of Akwesasne and has paved the way for the tribal police department to be held in high regard with local, regional, and State agencies and law enforcement units.

“It is an immense honor to join the Tribal Homeland Security Advisory Council to build and strengthen the integral partnership between Indigenous communities and the U.S. Department of Homeland Security. I look forward to working with Homeland Security Secretary Mayorkas and my fellow council members,” shared Lieutenant Thompson. He added, “Throughout my career, I have worked with many terrific law enforcement professionals, and from them I have learned that collaboration and teamwork accomplish more than any of us could ever do alone. I plan to utilize all of my experience and knowledge to contribute to the council and I fully intend to represent my department and community with dignity, professionalism, and honor.”

The Saint Regis Mohawk Tribal Council shared the following in response to Lieutenant Decota Thompson’s appointment, “We offer our sincere congratulations and deepest gratitude for the highest recognition of your outstanding law enforcement service. Your unwavering dedication and commitment to safeguarding the community’s security is greatly appreciated and will have a positive impact on all of Indian Country.”

Lieutenant Thompson received a Bachelor of Arts Degree in Business Economics/Pre-Law from the State University of New York at Potsdam in 2019, as well as earned an Associate’s Degree from St. Lawrence College in Cornwall, Ontario in 2008.