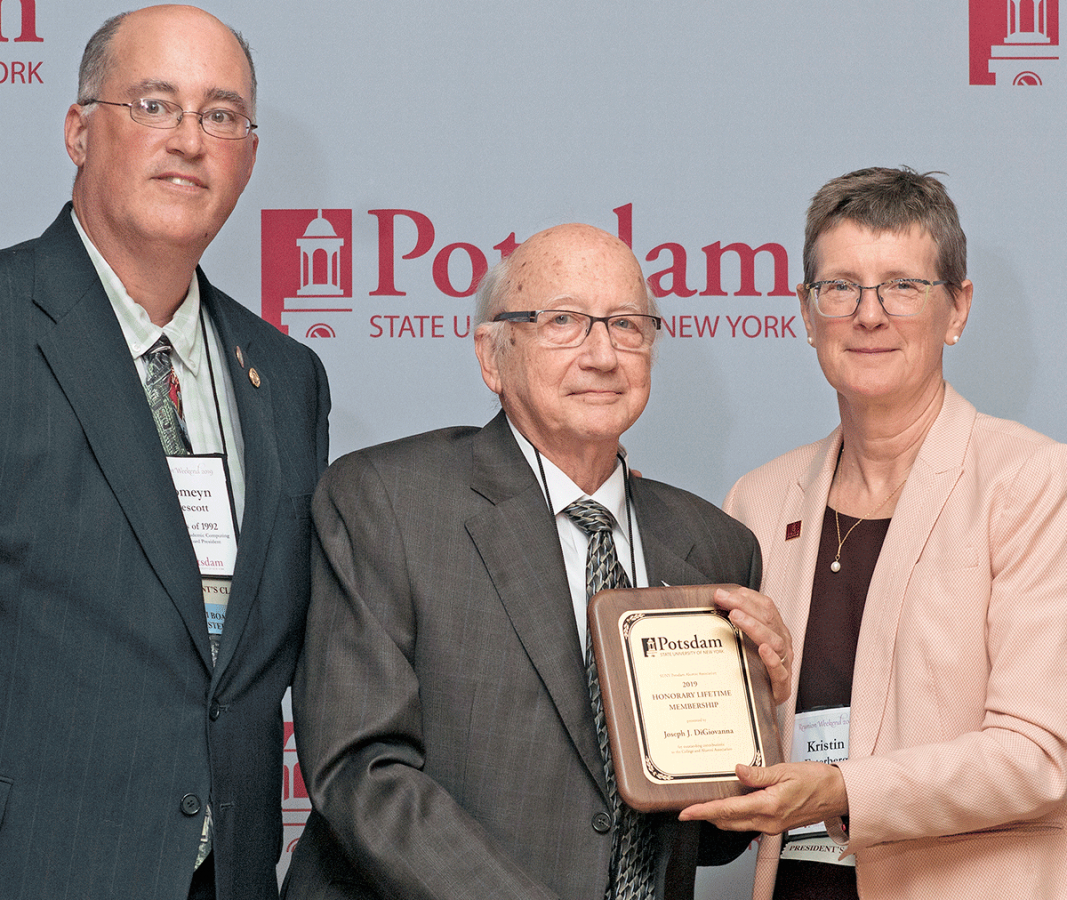 Honorary Lifetime Membership is presented to non-alums who have made exceptional contributions to the SUNY Potsdam Alumni Association or the college. DiGiovanna was recognized for his commitment to SUNY Potsdam and the North Country community.

Throughout his 46-year career until his retirement in 2018, Dr. DiGiovanna impacted the lives of the hundreds of students he taught in his Introduction to Philosophy classes, as well as the many students he inspired to major in philosophy.

One of his former students recalled being anxious about having Prof. DiGiovanna for "Intro to Philosophy," knowing that the chances of getting an easy “A” from him were slim. The student wrote, "The tough professor I was advised to avoid, ended up being the professor who helped me find my major and, in many ways, my 'academic way.'"

"I am one of hundreds, if not thousands, of students who have been given the privilege of taking a class with Dr. DiGiovanna and having him challenge how we think," the student wrote. "Not what to think, but how to think, how to critically analyze a situation or argument, how to gather information, break it down and form an educated opinion on an issue or idea."

DiGiovanna has quietly impacted not only SUNY Potsdam but also the greater Potsdam community through his community involvement, research and presentations. His work on child abuse led to his being published, presenting at regional and national symposia, and a television program on WCNY. He has presented and published on acupressure treatments for hypertension and yoga practice for multiple sclerosis.

He has also worked with numerous health agencies and communities in the North Country. His work with acupressure has been offered through courses in extended learning, along with his training of staff at Canton-Potsdam Hospital and health professionals with the St. Lawrence County Department of Social Services.

DiGiovanna has spoken on the philosophy of laughter and presided over relaxation, leadership and philosophy workshops.