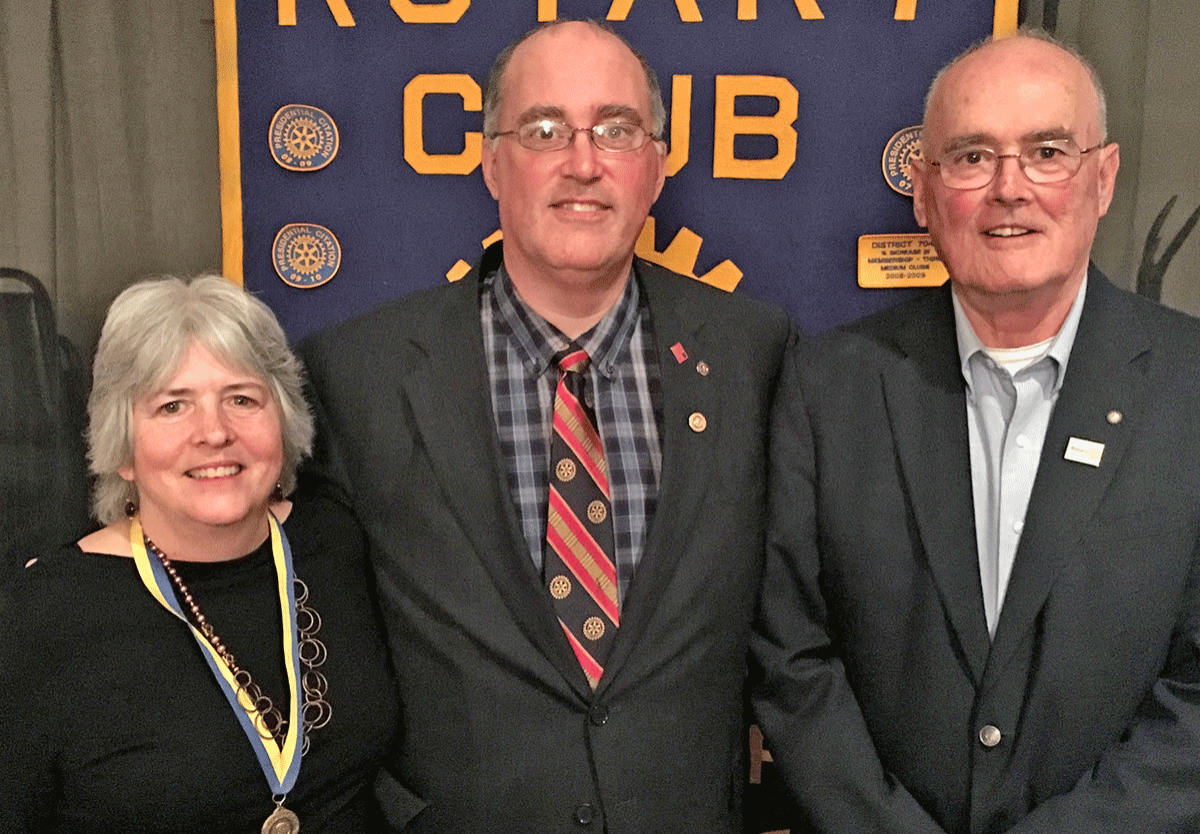 POTSDAM -- Romeyn Prescott of Potsdam has been honored as a Paul Harris Fellow by the Rotary Club of Potsdam.

He was honored for his demonstrated commitment to the goals and purposes of Rotary and "in appreciation of their tangible assistance given for the furtherance of better understanding and friendly relations among peoples of the world."

The Rotary Foundation has received a $1,000 donation in Prescott's name.

The contribution honoring him will be used for projects like saving the lives of children through immunization, bringing water to remote global villages, or the establishment of hospitals in under-developed countries.

Prescott is the director of academic computing and acting chief information officer at SUNY Potsdam, where he has worked since 1996.

Prescott was born and raised in Keeseville and attended Ausable Valley High School. He earned a bachelor of arts degree in English writing from SUNY Potsdam.

He is married to Amanda Prescott and they have two sons, Brady and Kyle. He enjoys spending time during the summer at his family camp on Lake Champlain, bowling, playing poker, playing the banjo, and says he wants to get back to golfing someday.

The Potsdam Rotary Club meets each Wednesday at noon at Ponderosa in Potsdam. Guests are welcome.