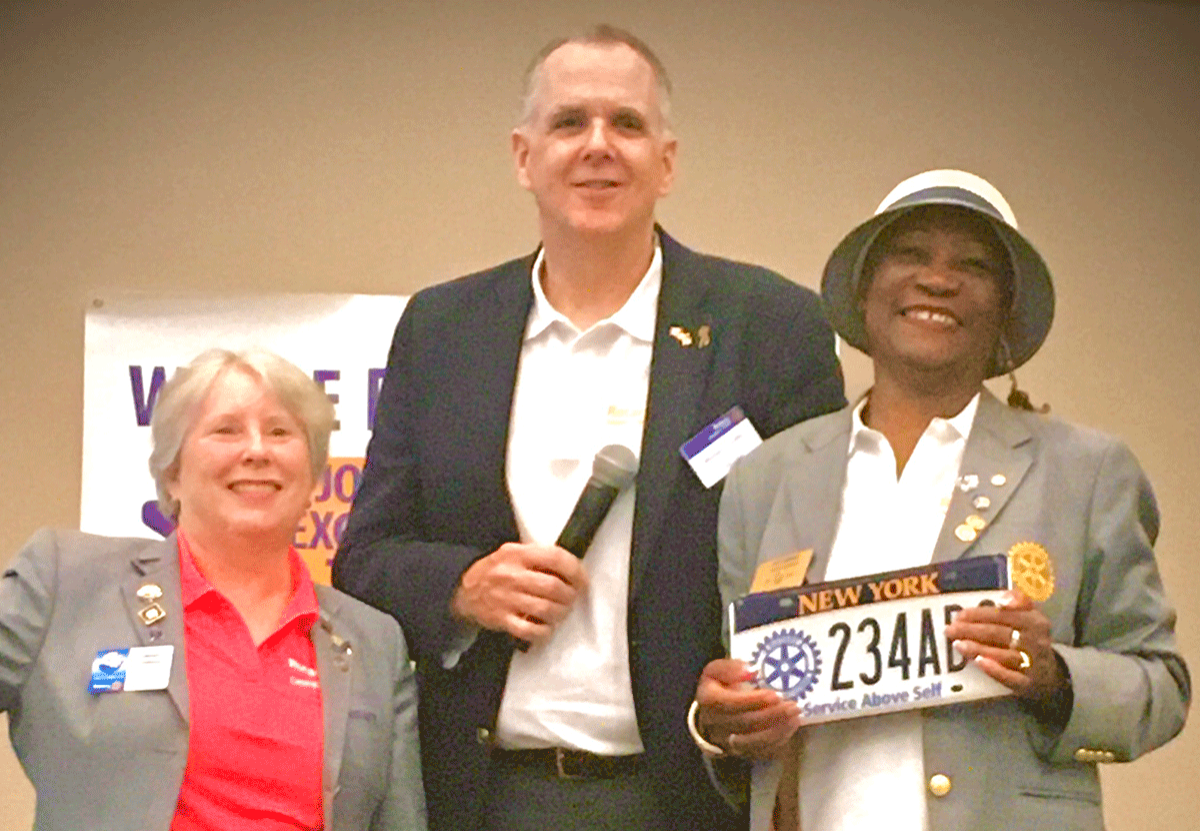 Michael Griffin was recently recognized as a Paul Harris Fellow by the Rotary International in recognition of the work he has done on making a new custom New York State license plate available to Rotarians. Above, Griffin receives his Paul Harris award from District 7120 Governor Janet Tenreiro (left) and District 7040 Governor Fay Campbell (right). Submitted Photo.

POTSDAM – Michael P. Griffin of Colton was recognized as a Paul Harris Fellow at the Rotary District 7040 annual conference in May in Ottawa, Ont.

Griffin's Paul Harris Fellowship was made possible by a donation of points by Rotary District 7120 Governor Janet Tenreiro of Canandaigua, in recognition of the work he has done on making a new custom New York State license plate available to Rotarians.

The new plate will be available for order on the New York State Department of Motor Vehicles website in early August.

This is the sixth time that Griffin has been recognized as a Paul Harris Fellow. He currently serves as Rotary's north central New York area governor. A past president and board member of the Potsdam club, he joined Rotary in 1986 and chairs the club's community service and communications.

Griffin retired as director of news & digital content services at Clarkson University in 2017, where he had served in various marketing and communication roles since 1986. Today, he is principal of Griffin Communications, performing consulting for regional institutions and businesses.

The contribution in Griffin's name to the Rotary Foundation will be used for projects like saving the lives of children through immunization, bringing water to remote global villages, and the establishment of hospitals in under-developed countries.

Griffin resides in Colton with his wife, Nancy.

The Potsdam Rotary Club meets each Wednesday at noon at Yum Yum's Chilly Delight in Potsdam and online. Guests are welcome.