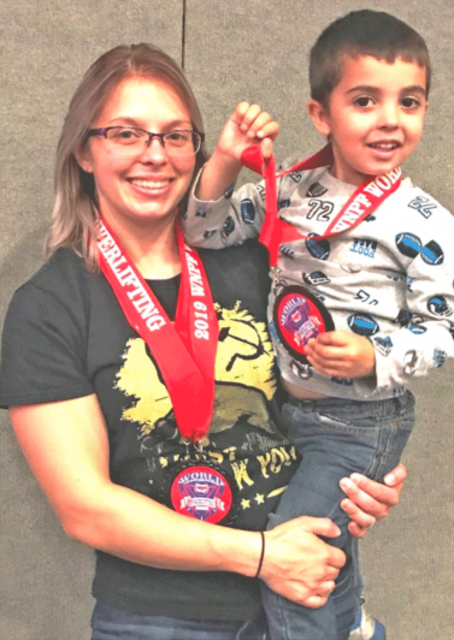 Vanessa Babcock with her son, Roland Otero, 4, who has not started weightlifting yet.

She set five world records in the 123 lb. weight class:

The 2004 Norwood-Norfolk Central School graduate works in the IT department at Canton-Potsdam Hospital.

Babcock says she has been competing every four to six months over the last two years, and now plans “to take two years to rehab my muscles,” eventually “training to break through some plateaus I’m facing” in the sport. She said she’s looking forward to “a bigger jump, to come back stronger.”