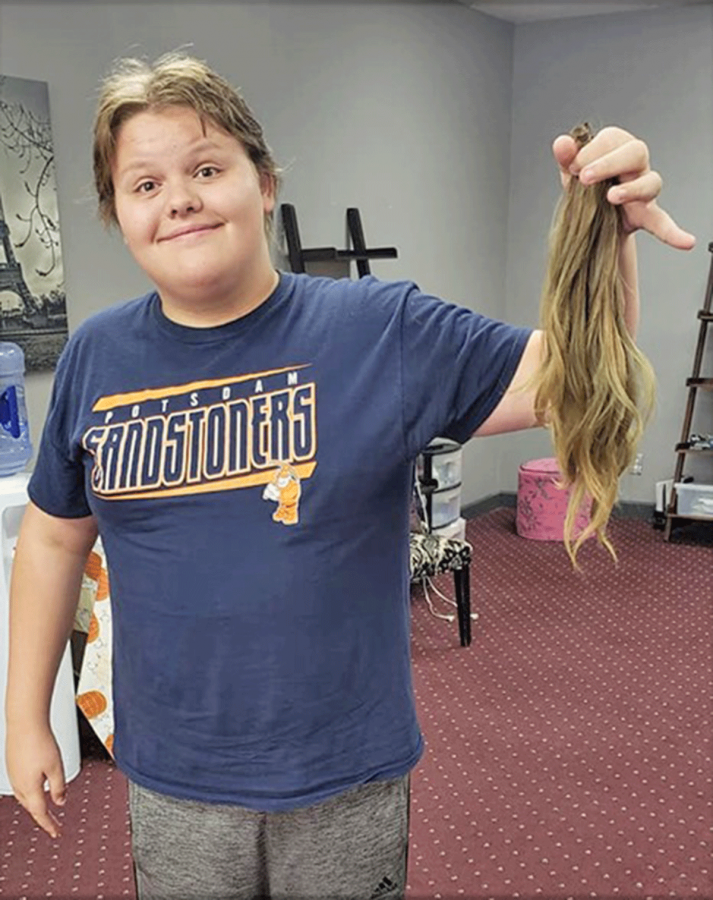 Jack Bogart shows off the hair he is donating. Photo submitted by Bruce Bogart.

POTSDAM — Jack Bogart, a 7th grade student at Potsdam Central, has been growing his hair since third grade in order to donate it.

He recently had almost 17 inches of hair cut off and is sending it to Maggie's Wigs $ Kids of Michigan, according to his dad, Bruce Bogart.

Maggie's Wigs $ Kids of Michigan is a non profit which provides wigs for kids facing all types of hair loss including cancer patients.