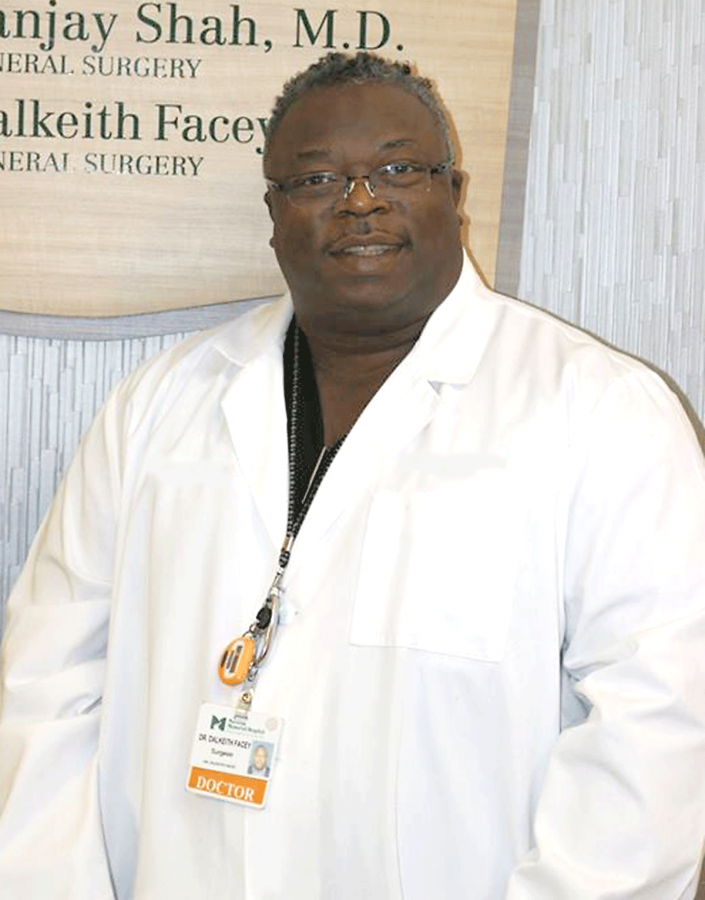 POTSDAM -- Dalkeith Facey, DO, general surgeon, from Massena Memorial Hospital was the recent keynote speaker at the Terra Science and Education Fair at SUNY Potsdam.

Facey shared his journey to where he is today with the middle and high school students from the surrounding areas who were demonstrating at the fair, said a press release from the hospital.

Facey’s road to becoming a general surgeon was not perfect, as he pursued various career paths along the way, he said.

When he was in high school in Jamaica, Facey chose to attend a technical school to study mechanical engineering. Facey was selected from 200 candidates to be one of four aircraft engineers for Air Jamaica upon graduating, the press release said.

He decided to come to the United States instead, starting out here as a forklift operator. He then joined the United States Air Force as a medical technologist and earned a degree in chemistry. He became a chemistry teacher, and eventually started working in pharmaceutical sales.

As grateful as Dr. Facey is for all of these experiences, they were all just “jobs” for him. He was not confident that he was where he wanted to be, said the press release.

“Medicine was always my first love, even though I wasn’t pursuing it,” Facey said.

After working in pharmaceutical sales, he attended medical school at New York College of Osteopathic Medicine. After graduating, Facey decided to become a surgeon, and completed his surgical residency at St. Barnabas in the Bronx. After graduating he then moved to Virginia to practice, specializing in laparoscopic surgery.

Facey has been a part of Massena Memorial Hospital’s team for three years and helped implement the robotic surgery program here, the press release said.

“Two years ago, MMH decided to branch into robotic surgery, and I jumped at this idea,” Facey said.

The daVinci Surgical System is highly advanced and has many benefits over traditional surgeries, said the doctor.

Facey has performed 115 daVinci surgeries at MMH since November 201, said the press release.

The doctor now uses his surgical skills to give back, said the hospital press release. Each year, Facey joins Northern New York Hope for Haiti Surgical Team, and travels across the world to perform free surgical operations, as well as donate toys, clothes and shoes to schools and children in need.

“I look forward to doing this. I believe that if you have a skill, you should give back,” said the doctor.

During his speech at the science fair, Facey gave the following advice:

“Whatever your career path is, make sure you enjoy it. Your journey to your career will not be perfect, but you will get there if you persevere.”