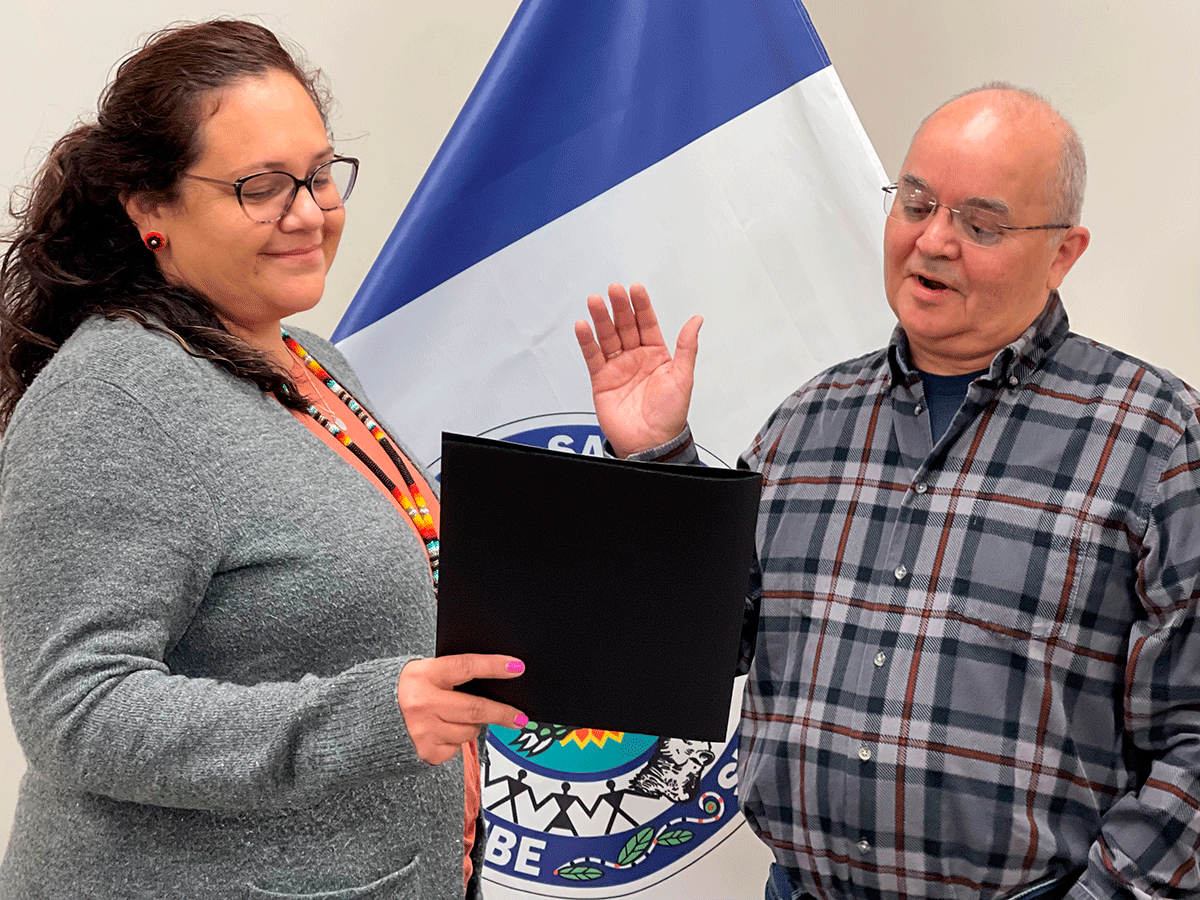 AKWESASNE -- Following a short three-month break for retirement, former-Tribal Sub-Chief Kenneth Jock has renewed his commitment to work on behalf of tribal members as a Commissioner for the Akwesasne Housing Authority. Saint Regis Mohawk Tribal Clerk Summer Bero administered Ken’s Oath of Office this morning at the Ionkwakiohkwaró:ron Tribal Administration Building, which was joined by his former members of the Tribal Council.

Ken formerly served on the Tribal Council as a Sub-Chief from July 1, 2019 until June 30, 2022. Before that time, he worked for the Saint Regis Mohawk Tribe’s Environment Division for more than 32 years. He retired as Environment Division Director on March 8, 2019 before seeking an elected position.

Along with providing guidance on homeownership or rental options, the AHA Board of Commissioners often help undertake studies on housing needs in the Akwesasne community. Their findings are used to provide counseling, technical assistance, and helps identify funding opportunities for Mohawk families and individuals to realize their dream of becoming a homeowner.

The remaining AHA Board of Commissioners include: Noah Ransom Jr., Ronald Cook, Connie Thompson, Brenda LaFrance and Norman Tarbell. The Commissioners can be reached by phone at (518) 358-2272 ext. 2167 or 2193, or by email at [email protected].