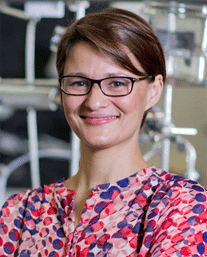 Selma Mededovic ThagardSelma Mededovic Thagard, the Richard and Helen March Endowed Professor of Chemical and Biomolecular Engineering in the Coulter School of Engineering at Clarkson University has been awarded the Semiconductor Research Corporation’s (SRC) Sustainable Future Award for her project “Novel Electrical Discharge Plasma-based Process for the Treatment of Fab Wastewater.”

This award recognizes and celebrates noteworthy SRC research that is aligned with their commitment to sustainability. Mededovic is the inaugural recipient of the award.

The SRC said that Mededovoic and her team, which includes Professor Thomas Holsen, “demonstrated viability, developing an electrical discharge plasma process that is the most effective and efficient technology for the removal of long-chain, short-chain, and even ultra short-chain PFAS from factory wastewater.”

According to the Clarkson team, “the close engagement between industry liaisons from TI, IBM, GF, and Intel, was invaluable to the success of the project.” Their team included 2021 SRC Simon Karecki Award winner, Ms. Osakpolo "Faith" Isowamwen, a chemical engineering student at Clarkson University. While plasma alone is ineffective in degrading the compounds, Faith discovered their destruction was rapid in the presence of surfactant. Her advisor calls her a “brilliant, independent and hardworking individual but as a researcher who thinks and stays two steps ahead” and “is determined to pursue a career with a strong environmental focus.”