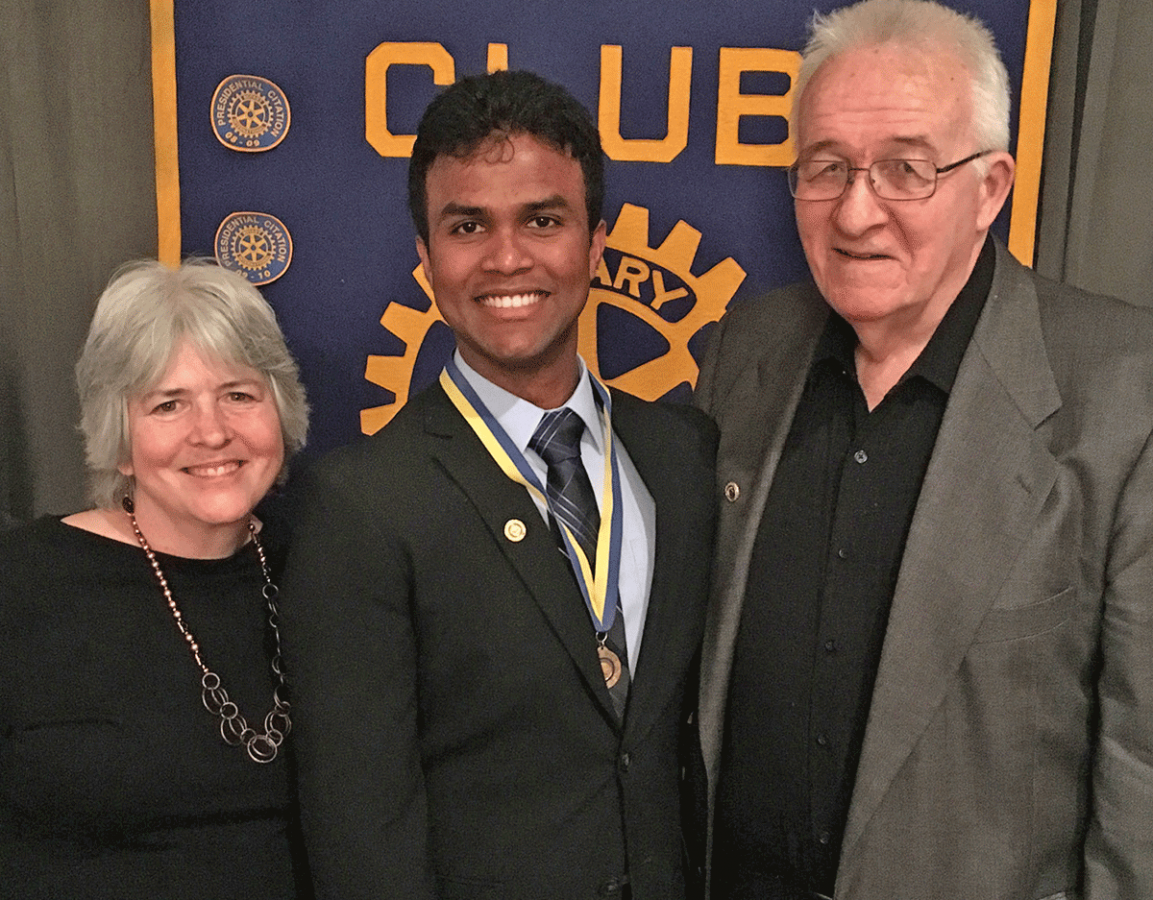 Chamil Perera was recently recognized as a Paul Harris Fellow by the Rotary Club of Potsdam. Above, Perera, center, receives his Paul Harris pin from Potsdam Rotarians Mary Sue Foster and Chuck Foster.

POTSDAM -- Chamil Perera of Potsdam was recently recognized as a Paul Harris Fellow by the Rotary Club of Potsdam.

He was honored for his demonstrated commitment to the goals and purposes of Rotary and "in appreciation of their tangible assistance given for the furtherance of better understanding and friendly relations among peoples of the world."

Perera, a graduate student at Clarkson University, has been a member of the Potsdam Rotary for three years. He has served on the Golf Tournament Committee and volunteered for Duck Plucks, Potsdam Holiday Fund, Fright Night books, the Wheelchair Challenge, every Dodge Pond Work Day and other events.

He came to the United States in 2014 after completing his bachelor’s degree in mechanical engineering in Sri Lanka.

Perera serves Clarkson's Department of Civil and Environmental Engineering as a graduate research assistant in the water group, while pursuing his doctoral degree studying sediment transport of rivers and coastal environments.

Perera was a member of the Clarkson student chapter of the New York Water Environmental Association from 2016 to 2018 and served the Clarkson Cricket Club as vice president and president from 2015 to 2017.

He is also a musician, who has published four original songs on YouTube and performed live in Irish gigs, at clubs including McDuff's and at party events.

The Rotary Foundation is the beneficiary of a $1,000 donation in support of the efforts of Rotary International to achieve world understanding and peace through international humanitarian, educational, and cultural exchange programs.

The contribution honoring him will be used for projects like saving the lives of children through immunization, bringing water to remote global villages, or the establishment of hospitals in under-developed countries.

The Potsdam Rotary Club meets each Wednesday at noon at Ponderosa in Potsdam. Guests are welcome.