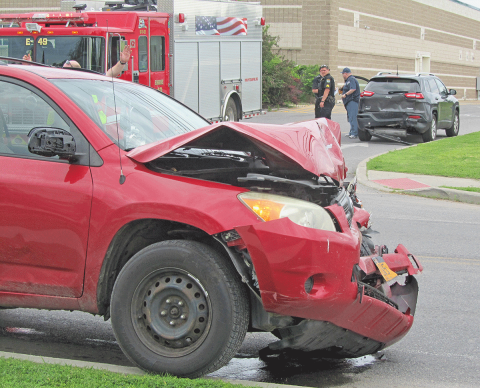 A two-vehicle accident on Clarkson Avenue in Potsdam late Friday afternoon, originally called in to the Potsdam Police Department as a personal-injury accident, resulted in serious damage to both vehicles but no one who claimed an injury. A young woman who was driving the vehicle in the foreground said she really didn’t know what happened, but she was issued a ticket for following too closely. That vehicle ran into the back of the black vehicle in the background. NorthCountryNow photo by Craig Freilich.