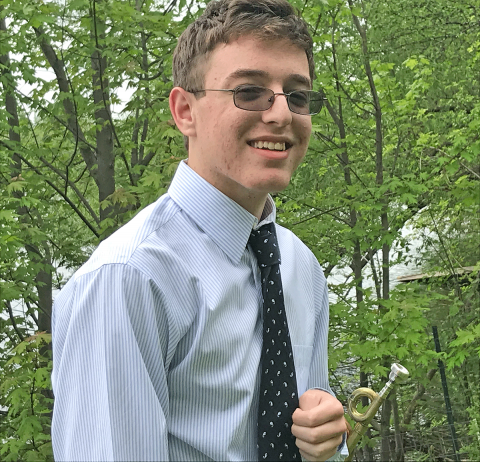 Potsdam High School senior Adam Bollt sounded taps on Memorial Day, following a moment of silence at 3 p.m. He is as a member of Taps Buglers Memorial Day Remembrance, ‘Taps Across America.’ He sounded taps from his back lawn, along the Raquette River. He is 19 years old and has been admitted to Brown University. He will take a gap year, doing independent research, writing, studying languages, and serving on the board of the Potsdam Museum. Photo submitted by Elizabeth Bollt.