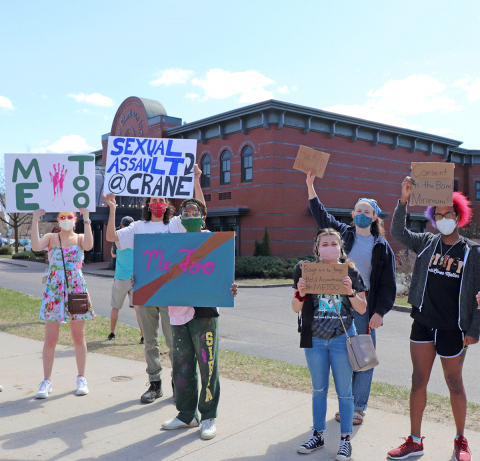 “We’re Still Here,” a sexual assault rally, march and sit-in was held in downtown Potsdam April 7. The rally and march started at noon and was to be followed by a sit-in at Ives Park to “show that they may have forced us to stay silent, but we're still here, and we're reclaiming our silence,” SUNY Potsdam student organizers said. NCNow photo