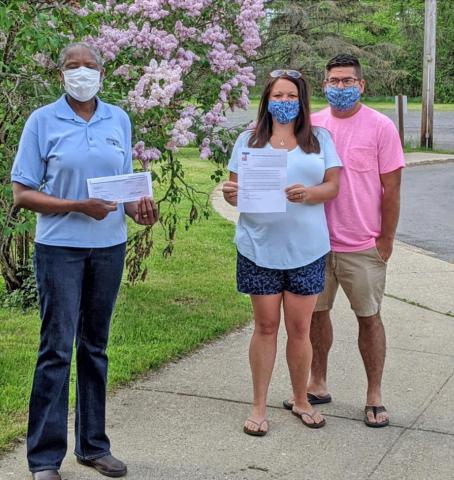 The Potsdam Snack Pack Program received a $500 donation from the Jonathan Thompson Memorial Fund recently. Jon and Amy Thompson, parents of Jonathan Thompson, a student at A.A. Kingston Middle School who lost his battle to cancer in 2019, presented a $500 check to the Potsdam Snack Pack Program from the memorial fund established in their son’s name. Amy Thompson described her son as ‘a compassionate, kind and giving individual’ who inspired many people during his short life. The fund was established in order to continue his legacy.” From left are Laurell Brault, program coordinator, Amy and Jon Thompson, parents of Jonathan Thompson.