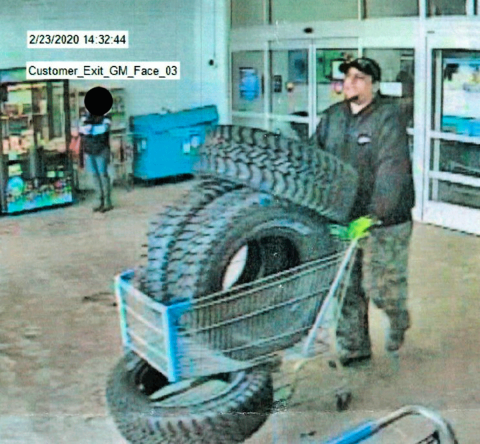 State police are seeking help from the public in identifying a man who allegedly stole four tires from Walmart, 7494 U.S. Highway 11. Police say the theft took place Feb. 23 around 2:30 p.m. The male, pictured above, reportedly walked out of the store with four tires, valued at $167 each, without paying for them, officers said. Store employees attempted to stop him, however he continued out of the store, loaded the tires into what is believed to be a dark colored Dodge Dakota pick-up truck, police said. The vehicle drove away in the direction of the Village of Potsdam. Troopers say anyone with information about the theft is asked to contact Trooper Alexander Williams at 518-873-2750.