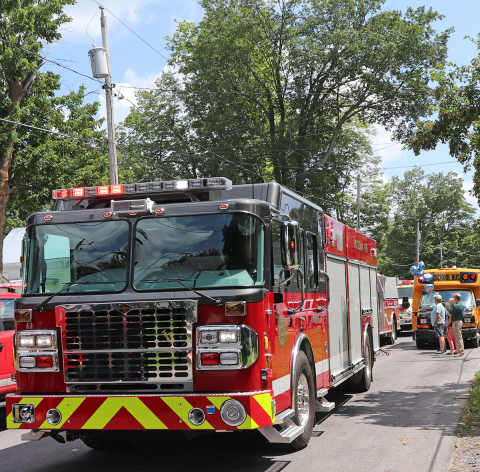 A parade to welcome back a seven-year-old Potsdam girl suffering from cancer took place shortly after noon Friday. A Potsdam fire truck was one of several emergency services vehicles in the parade. A number of fire department, rescue squad and police vehicles escorted the girl as she returned from a Burlington, VT hospital, following a three-week stay. The girl’s name was not released because she is in foster care. A number of relatives, family, and neighbors greeted her as she arrived in Potsdam. Family members say her kidney was removed and more medical treatments are expected. NCNow photo.