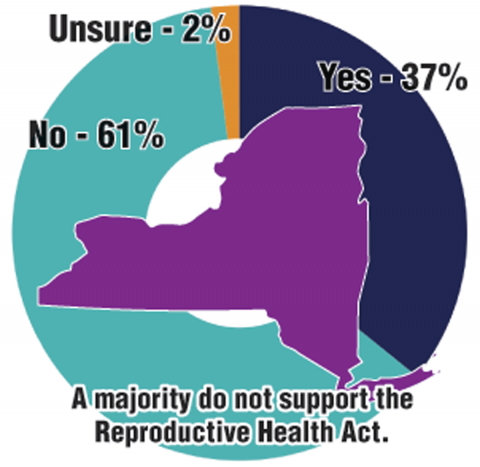 Gov. Andrew Cuomo signed the Reproductive Health Act on Jan. 22. It took “a giant step forward in the hard-fought battle to ensure a woman’s right to make her own decisions about her own personal health, including the ability to access an abortion,” according to Cuomo. Those in favor say it establishes the rights afforded to women under the Supreme Court's Roe v. Wade decision into state law, protecting them if a conservative court overturns the landmark case. Those opposed, including President Trump, say it goes well beyond that and legalizes late-term abortions until the moment of birth. This past week’s survey results said that 61 percent of respondents do not support the Reproductive Health Act. For details, comments and to take the current survey, click here.