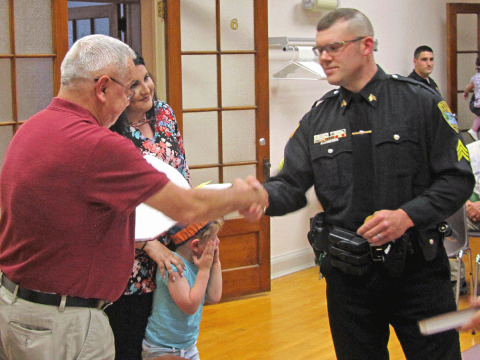 A new Potsdam Police Department sergeant and a new recruit were sworn in by Mayor Ron Tischler at the June 17 Board of Trustees meeting. See story for more details. Above, Sgt. John Benson shakes Tischler’s hand after being sworn in to his new position. His wife, Megan Hazen Benson, and son Layne looked on. North Country This Week photo by Craig Freilich.