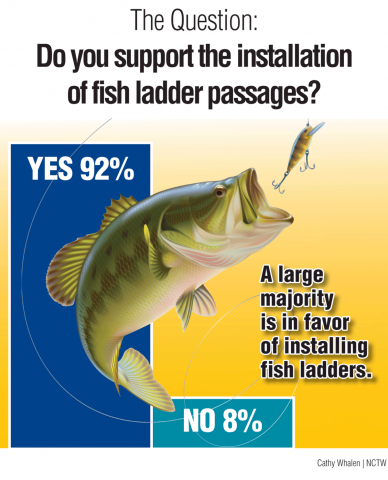 A Canton town councilman recently suggested that fish passage or ladder be installed at the Madrid dam to allow salmon, sturgeon and other species to travel up the Grasse River as far as Pyrites to their traditional spawning areas. It was suggested that reintroducing the fish and restoring the habitats would be an economic boon to Madrid and the other communities along the Grasse River, drawing tourism and creating new fishing opportunities. A large majority supported the idea. For details, to read comments, and take the current survey, click here.