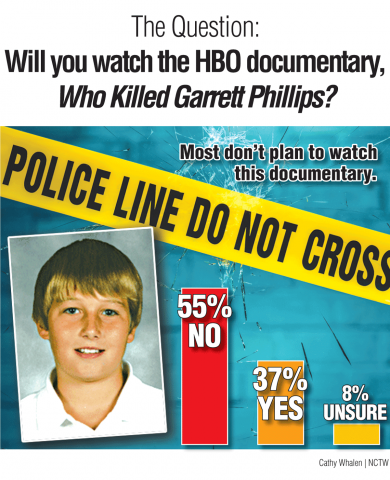 A two-part documentary focusing on the murder of Garrett Phillips will air on HBO July 23 and 24. The film includes interviews with local police investigators, District Attorneys, defense lawyers, Phillips' family members, friends of Tandy Cyrus as well as Nick Hillary and his children, along with extensive police audio and video recordings, and courtroom footage. The majority, 55%, said they do not plan to watch the documentary. To read more and take the current survey, click here.