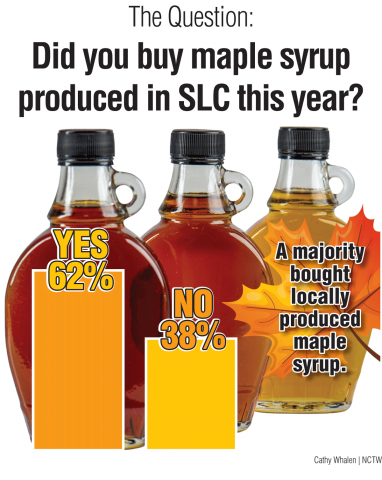 St. Lawrence County is producing more than four times as much more maple syrup than it did five years ago. Maple producers in St. Lawrence County produced 64,271 gallons of the sweet stuff in 2017, according to U.S. Department of Agriculture Census of Agriculture. This is up significantly from five years prior when the county produced 15,876 gallons and was ranked sixth in NYS. The county ranks third in number of gallons of syrup produced in the state. The majority of respondents, 62%, said they had bought locally-made maple syrup recently. For details, to read comments and to take the current survey, click here.