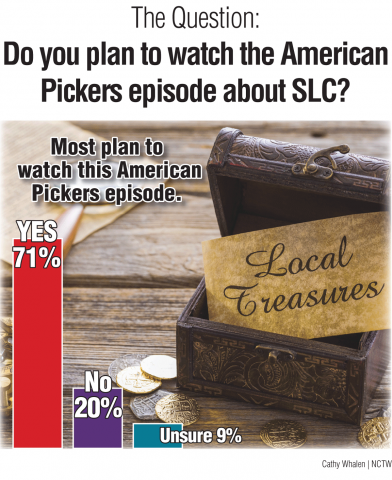 Mike Wolfe and Frank Fritz of American Pickers stopped by State St. Deli, 108 State St., in Heuvelton last week for a quick snack as they visit antique collections locally. American Pickers is a documentary series that explores the world of antique ‘picking.’ The show follows Mike and Frank as they hunt for America’s most valuable antiques. An overwhelming 71 percent of respondents said they planned to watch the episode if and when it airs on television. North Country Now will let its viewers know when it is airing once it is announced. For details, to read comments, and take the current survey, click here.