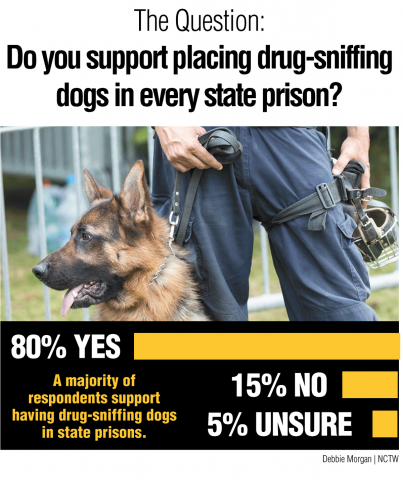 On the heels of several corrections officers being treated for possible fentanyl exposure, two North Country state representatives are calling on the state to put drug-sniffing dogs in every state prison. The measure would call on the state to place a drug-sniffing dog in every correctional facility across the state with a minimum of one hundred inmates. Assemblyman Mark Walczyk, R-Watertown, and Senator Patty Ritchie, R-Heuvelton, announced Friday that they have introduced legislation they say “would crack down on drugs being smuggled into state prisons, effectively strengthening the safety of corrections officers.” The majority, 80%, support placing drug-sniffing dogs in every state prison. To read comments or take the current survey, click here.