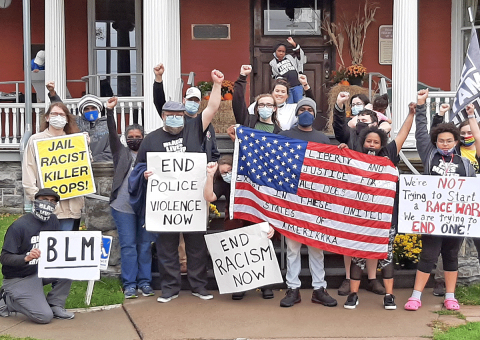 On Saturday, Oct. 10, more than 20 people participated in the North Country Poor People's Campaign Unite the Poor Forum before marching through Ogdensburg demanding economic justice and an end to police brutality. BLM Potsdam, who helped organize the events, says they are ‘grateful to the Odgensburg Police Department for the officers who escorted the protesters during the peaceful demonstration.’ Above are some of the activists who attended posing for a photo in front of the Frederic Remington Arts Museum. Photo submitted by Sherry Long/BLM Potsdam.