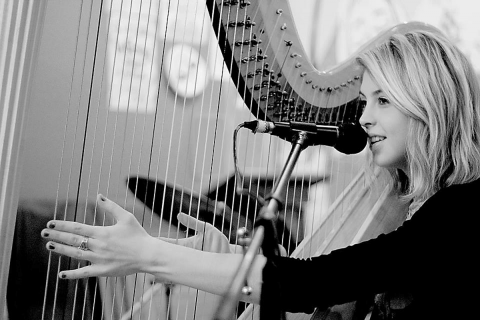 Crane School of Music alumnist Mikaela Davis ’14 will bring funk and fusion harp music to SUNY Potsdam’s Proscenium Theater during the upcoming Loko Fest on May 5 at 7:30 p.m. A singer, songwriter, and multi-instrumentalist who excels at the harp, Davis navigates folk, rock, and chamber pop on her textured pop songs. She emerged in the early 2010s with a handful of harp-accompanied solo covers of indie singer/songwriters, including one of Elliott Smith's 'Twilight' that quickly garnered tens of thousands of views. For more, see story here. Facebook photo used with courtesy.