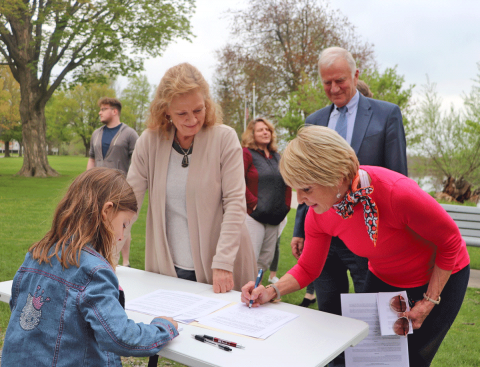 Jane Lammers signs a petition supporting the $10 million grant proposal for Potsdam’s Downtown Revitalization at a rally in Potsdam’s Ives Park on Wednesday. Several local leaders spoke in support of the grant that will be sent off next week. For more details on grant proposal, view front page story in May 22-28 Potsdam-Canton of North Country This Week. NCNow photo by Cheryl Shumway.