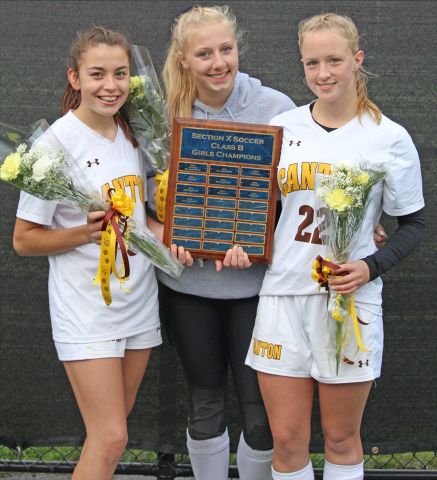 First-team All Northern winners from Canton are holding the Section X Class B Soccer Championship plaque. They share the championship with Potsdam, but the Golden Bears went on to defeat the Sandstoners in a shootout 6-5 to continue on to play on Tuesday in Troy. From left Hannah Reed, Abbigail Dent and Jennifer Haycook (MVP for Section X). Photo submitted by Becky Dent.