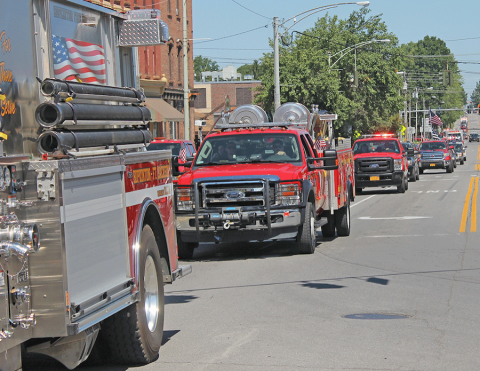 A Back The Blue parade heads down Market Street in downtown Potsdam on Saturday afternoon. About 125 people gathered for a rally afterwards at Ives Park. Meanwhile, Potsdam’s Black Lives Matter group held a simultaneous demonstration a couple of blocks away, in front of the Potsdam Post Office, that drew about 200 at that gathering’s peak. At one point, a few members of two groups interacted. For details, view story.