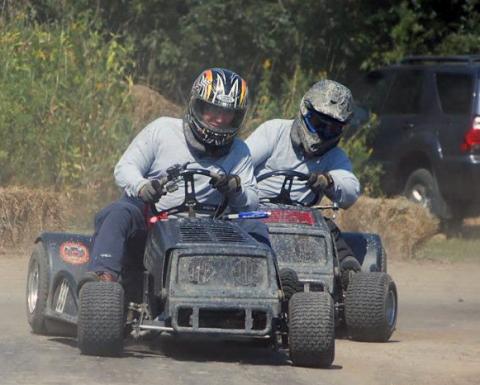 With the Northern New York Lawnmower racing season over, Jimmy Grant and Robby Crump, Racing with First Due Racing, Norwood, were named second and third place champs for total points for year in races around New York, according to Charles Purves who submitted this photo.