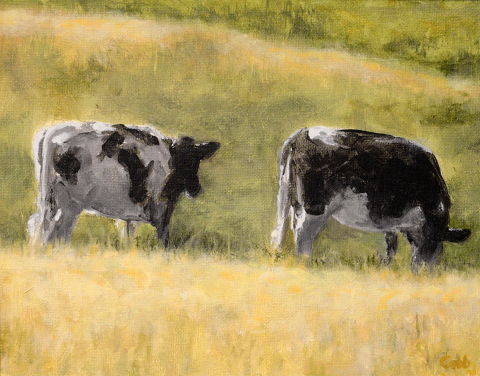 Steven C. Cobb of Massena received the People’s Choice award at the recent juried show at the Adirondack Artists Guild for his acrylic painting, “Two Cows.” Each year a friend of the arts donates this prize so that visitors to the gallery during the show can look at all the works in the show and choose their favorite piece. Cobb, who works mostly in acrylics, has lived in the North Country all his life. His subject matter is often nature and the outdoors, with much of his inspiration provided by the rivers and mountains of the Adirondack Park.