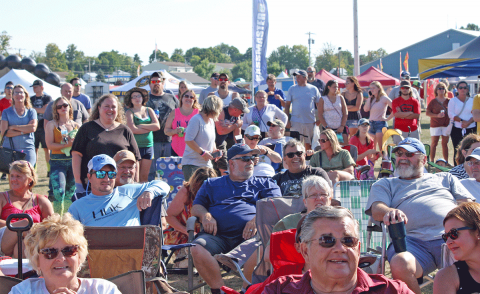 These folks might be part of another record-setting crowd for the Bassmaster Elite tour as the event on the St. Lawrence River got underway Thursday. The first time the Elite series came to Waddington in 2013, more than 34,000 fans turned out over the four-day tournament, breaking the series attendance record. That established the Waddington-Ogdensburg-area events as a top draw for Bassmaster and set up the return of the tournament in 2015, 2017 and 2018, when another record was set. NorthCountryNow.com photo by Dave Shea.