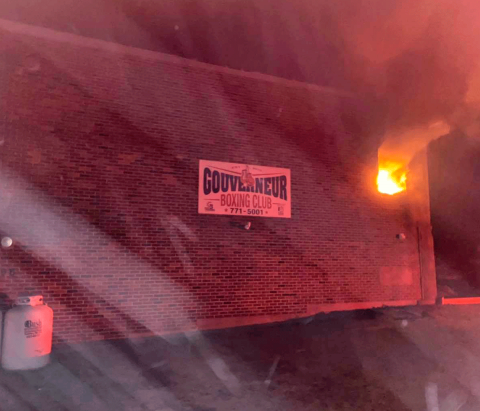 A fire heavily damaged the second story of a building that is home to the Gouverneur Boxing Club. The fire was reported around 12:39 a.m. March 18 at 1696 SH 812, according to Gouverneur Fire Department officials. When firefighters arrived on scene there was fire coming out of a second-story window. Fire crews entered the building and quickly knocked the fire down and contained the blaze to the room of origin, officials said. The building reportedly sustained heavy smoke damage. Volunteers came in droves to help clean the building up. The cause of the fire is being investigation as an arson. For more, see WWNY’s story here. Photo courtesy of the Gouverneur Fire Department Facebook page.