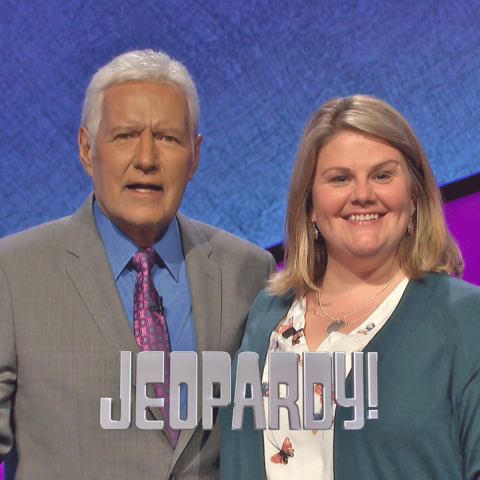 A Canton graduate will be a contestant on Jeopardy tonight at 7 p.m. on WWNY anad WPTZ. Tiffany Eisenhauer, a 1992 Canton Central graduate, will appear on the popular game show and compete against two other contestants. Eisenhaur is pictured above with Alex Trebec, long-time host of Jeopardy. Read the story here.