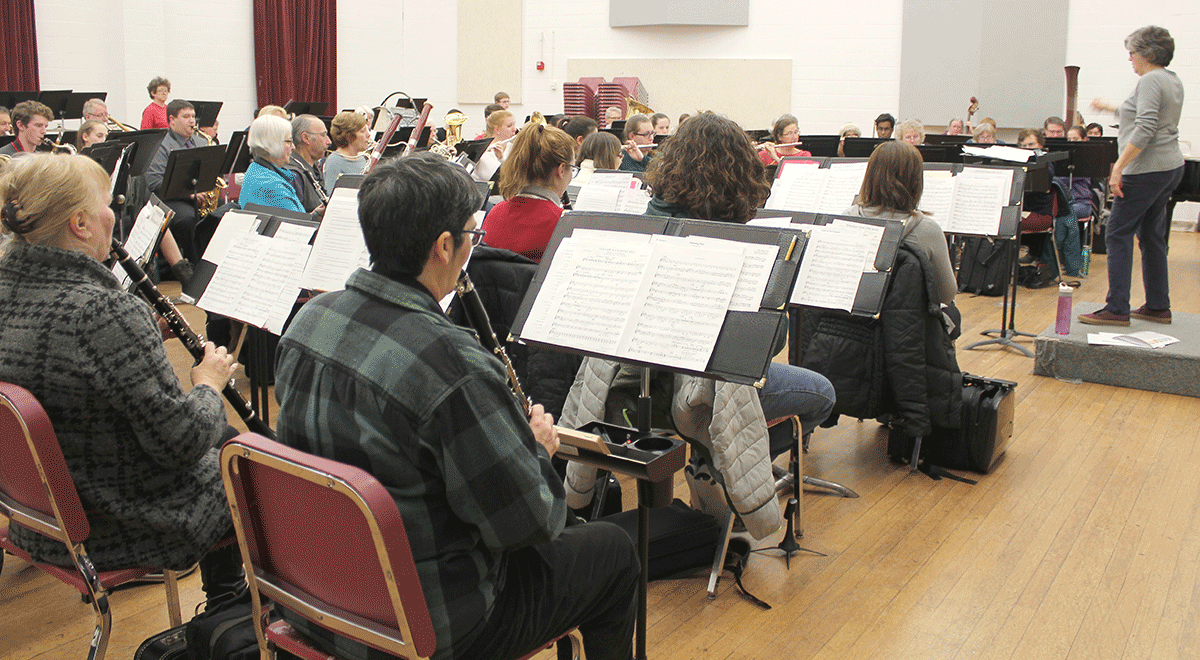 The concert was postponed last Sunday, Jan. 20, due to weather.

Over 70 musicians have been rehearsing for the concert since the end of November. There is no admission to attend the concert, but donations are gratefully accepted.

Works on the program evoking the “getaway” theme include the Spanish march “La Sorella” by Charles Borel-Clerc, “Night in the Tropics” by Louis M. Gottschalk, the theme from Lawrence of Arabia composed by Maurice Jarre and two works by Shelley Hanson, “Volver La Montaña (Return to the Mountain)” and “Seis Manuel (Dance in Puerto Rican Style).”

Additional compositions on the program include the John Philip Sousa march “Right-Left,” the concert march “American Salute (When Johnny Comes Marching Home)” by Morton Gould, a powerful setting of the Jewish prayer Kaddish by W. Francis McBeth, “Lightning Field” by contemporary composer John Mackey, and a medley of tunes from the Broadway musical Chicago by John Kander.

Potsdam Community Band is comprised of musicians from all parts of St. Lawrence and Franklin counties and from a wide variety of musical backgrounds and experience.