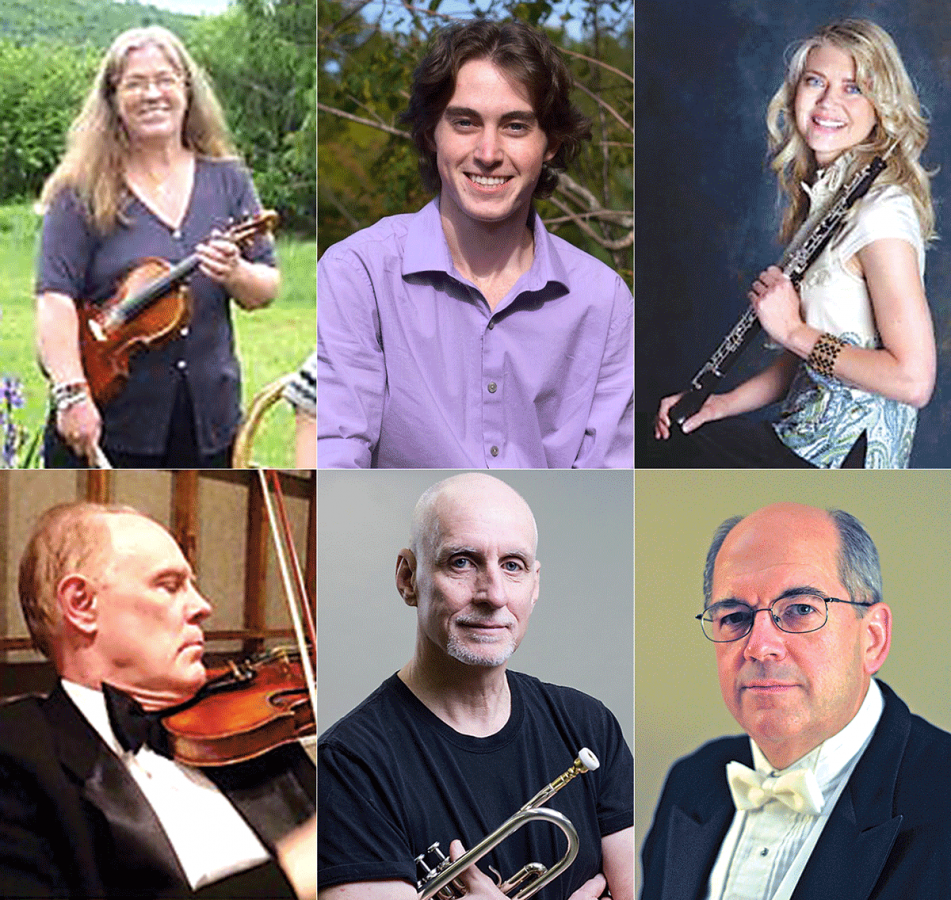 POTSDAM -- A select few musicians of the Orchestra of Northern New York will be featured when the North Country's only professional symphony orchestra presents its Baroque winter concert next weekend.

The Magnificent Baroque will take place Saturday, February 9 at 7:30 p.m. in Trinity Episcopal Church in Watertown, and again on Sunday, February 10 at 3:00 p.m. in St. Mary's Church, Potsdam.

Concertmaster John Lindsey and violinist Elaine Dewar, Saranac Lake, will be showcased on strings. Lindsey is a Violin Professor Emeritus from the Crane School of Music where he taught for 35 years. He has received the President's Award and the Chancellor's Award, both for Excellence in Teaching. He has performed throughout the U.S., Europe, Thailand, China and Colombia. He is the founding concertmaster of ONNY and the Eleva Chamber Players (VT).

Elaine Dewar earned her Master of Music in 1990. She has enjoyed playing and teaching in Canada and the United States. She is currently Music Director of the Tri-Lakes Community Orchestra, a first Soprano in the Northern Adirondack Vocal Ensemble and a member of the band, “The Dust Bunnies”.

Dr. Ellis has performed as soloist and chamber musician throughout the United States, Canada and Europe. He has presented clinics and recitals at prestigious institutions and festivals throughout the world, including The Juilliard School, Summit Brass, the Banff Festival, and the 2005 International Trumpet Guild Festival in Bangkok, Thailand. An Edwards Performing Artist, Dr. Ellis is a member of the Potsdam Brass Quintet and a Professor of Music at Crane.

Dr. James is a founding member of the Orchestra of Northern New York and Northern Symphonic Winds, and has been a member of the Potsdam Brass Quintet since 1985. He currently conducts the Crane Concert Band and Crane Brass Ensemble. His ensembles have performed for both Presidents Ronald Reagan and George H. W. Bush. From 1990 to 2002, Madeja served as Associate Editor of The Journal of the International Trumpet Guild. His research interests include the history of the American wind band and in particular the contribution of Herbert L. Clarke.

Christopher Keach is a junior at the Crane School of Music where he studies Music Education and Trumpet Performance. As a freshman, he had the unique experience of traveling to Cuba to perform with the Crane Latin Ensemble. He is currently a member of the Frackenpohl Honors Brass Quintet. In January 2019, he performed with the Northern Symphonic Winds.

Dr. Anna Hendrickson will solo on oboe in the Baroque concert. As an orchestral player, Dr. Hendrickson performs regularly with the National Arts Centre Orchestra in Ottawa, ON and is principal oboe of the Orchestra of Northern New York. She holds the Doctor of Musical Arts and Master of Music degrees from the Eastman School of Music. She is Professor of Oboe at the Crane School of Music, SUNY Potsdam.

Tickets are $25 for adults, $20 for seniors and military personnel, $10 for college students, and free for children, 17 and younger.