POSTPONED: Norwood-Norfolk Central to present 'Fiddler on the Roof' March 13, 14 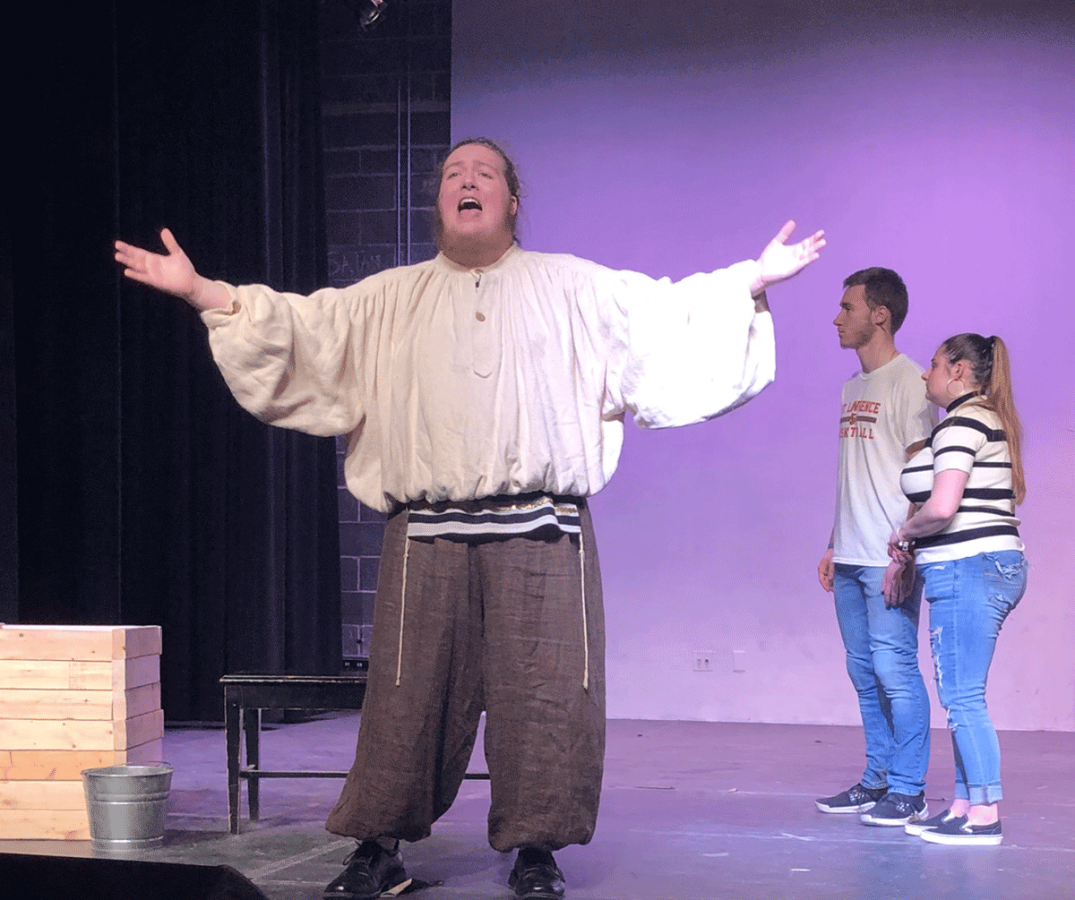 Rehearsing for the Norwood-Norfolk Central School musical “Fiddler on the Roof” held March 13 and 14 are Gordon Hall, in front, Emily Jarvis and Matt Frost. NCTW photo.

With over 60 students are in the cast and 30 students on stage crew, this is the largest number of students involved in a NNCS production to date. Over 25 local, talented musicians will also be playing in the pit.

The cast and crew are a “large number of insanely talented seniors who will be giving their farewell musical performance,” said music teacher George Biffer.

Tickets are $12 adults and $8 students/children. Tickets can be purchased online with a credit card for prime seating at https://www.showtix4u.com/event-details/37867 or in person with cash or credit card at the High School main office.

Fiddler on the Roof is an old classic telling the story of Tevye, a poor milkman who struggles to find balance between the traditions of his religion and culture and the changing world around him.

Directors of the musical are Jonathan Burnett, Jade Varney, and Dorie Reiter.