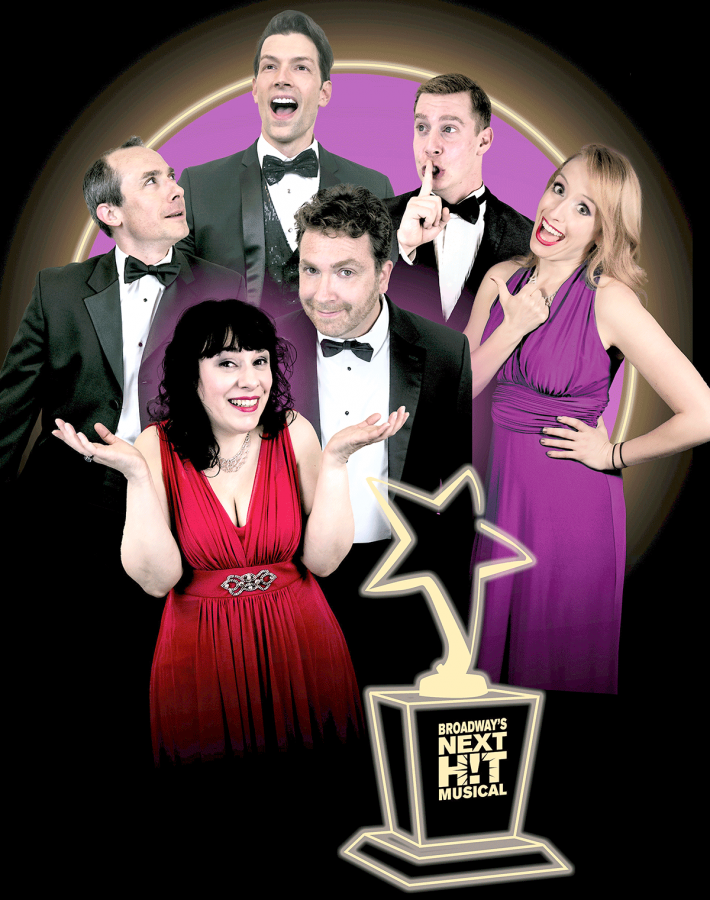 'Broadway's Next Hit Musical' will kick off the CPS 30th anniversary season, with two performances on Saturday, Sept. 21, at 3 p.m. and 7:30 p.m., in Snell Theater at SUNY Potsdam's Crane School of Music.

POTSDAM -- The Community Performance Series will celebrate its 30th anniversary with a season of guest artists.

Their calendar include Broadway vocals and improvisational comedy, jazz and percussion.

The 2019-20 CPS Guest Artist Series will officially begin with the Fifth Cania Visiting Artist performance, made possible thanks to the Cania Family Endowment.

"Broadway's Next Hit Musical" on Sept. 21 is an unscripted awards show, like the Tony Awards, but improvised. Audience members participate by providing fictitious song titles that are used by the cast to create "nominated songs" for the coveted Phony Award.

The 20th annual Ranlett Organ Recital Oct. 6 will feature the internationally celebrated concert organist Paul Jacobs. Jacobs' visit will include a free organ encounter the day before the concert, on Saturday, Oct. 5 at 3 p.m., also in Hosmer Hall.

HCSF borrows the instrumentation of violin, bass, and guitars from the original Hot Club, while breathing new life into the music, with innovative arrangements of classic tunes and original compositions from the group's superb lead guitarist, Paul Mehling. Acoustic Guitar magazine has hailed the group's playing as "intricate, scorching and often brilliant."

A family theatre performance of Mermaid Theatre of Nova Scotia's "The Rainbow Fish" on Jan. 30 is a stage adaptation of Marcus Pfister's book of the same name, the first picture book of its kind to appear on the market, taking best seller lists by storm when it was published in 1992. The performance incorporates innovative puppetry, striking scenic effects and evocative original music in order to bring Pfister's innovative literature to life for young audiences.

As the Third Maresca Visiting Artist, stage and screen star Kelli O'Hara will perform Broadway hits on May 2. Over the course of her career, O'Hara has established herself as one of Broadway's greatest leading ladies. Her concerts have gained international acclaim, spanning from Carnegie Hall to Tokyo. O'Hara is a frequent performer on PBS's live telecasts and the Kennedy Center Honors. Her two GRAMMY-nominated solo albums are "Always" and "Wonder in the World."

Tickets are now on sale, and can be purchased by visiting the CPS Box Office, located in the lobby of SUNY Potsdam's Performing Arts Center, by calling 315-267-2277 or by visiting https://www.cpspotsdam.org.

A 25 percent discount is available exclusively through the CPS Box Office when purchasing tickets to three or more Guest Artist Series events.

Regular ticket prices differ depending on the event and seat location. Student tickets cost as little as $5, and regular prices range from $10 to $60.

For more information regarding CPS's 30th anniversary season, visit https://www.cpspotsdam.org, or check out the CPS Facebook page, at https://www.facebook.com/cpspotsdam.