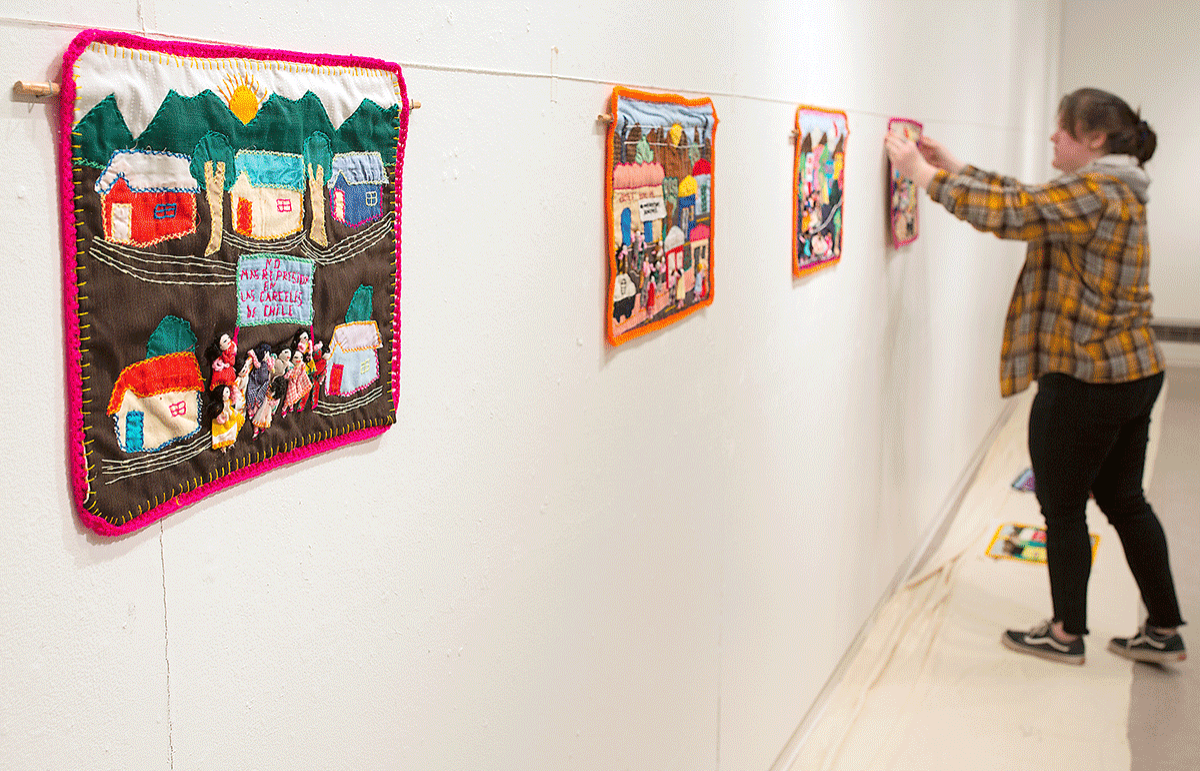 Marissa Kresge '20, a gallery attendant at the Gibson Gallery, hangs an arpillera as part of the installation of the "Sewn in Protest" exhibition. Jason Hunter | SUNY Potsdam.

The exhibit opening will include a faculty panel discussion on life in Chile during the brutal military dictatorship of Augusto Pinochet.

A reception will follow from 6-8 p.m. with arpilleras on display throughout the gallery.

The exhibition runs until March 30.

A separate collection of arpilleras will also be on display at St. Lawrence University's Richard F. Brush Gallery from March 4, at 7 p.m. through April 11.