ASAS and KFC to stage Holiday Toy Giveaway on Dec. 10 in Potsdam 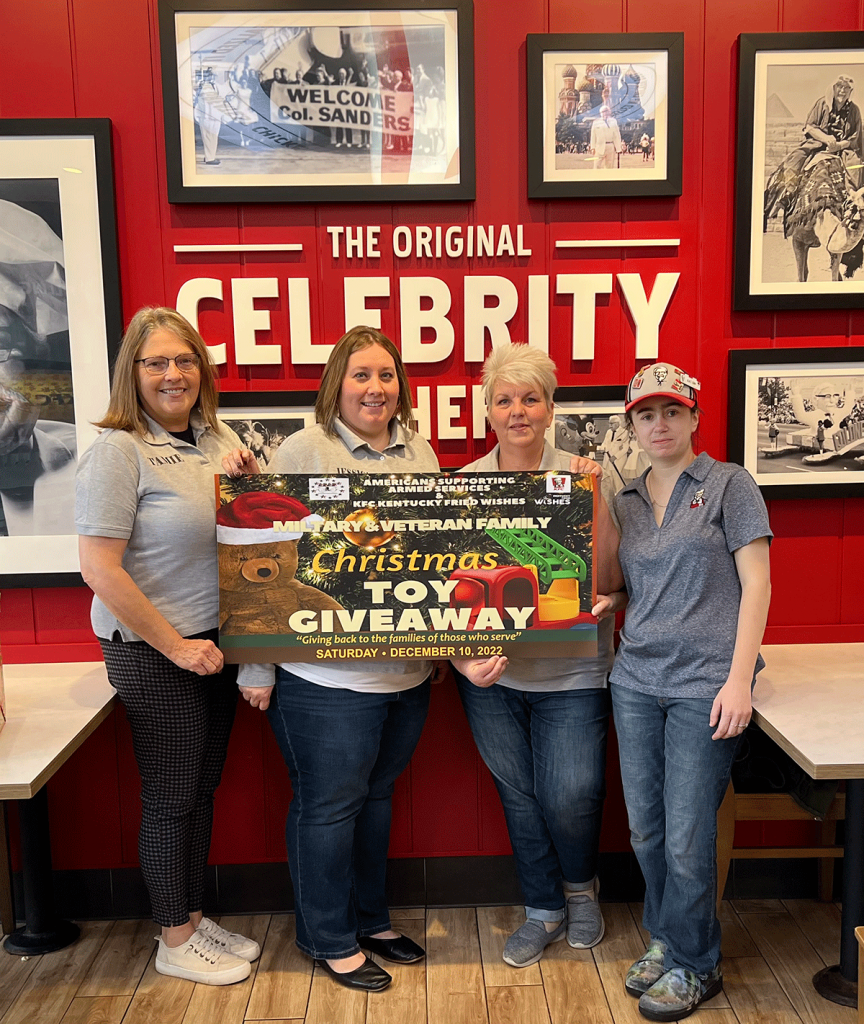 Over one thousand dollars in toys will be given away to children of veterans across the surrounding communities and counties.

All that is needed is proof of service to qualify for a gift for a child of a veteran.

ASAS also recently launched a giveaway at KFC in Potsdam for a 43-inch flatscreen television to a qualifying veteran on the same day as the toy drive.

Stop by the Potsdam KFC and show a military ID anytime through Dec. 10 to be entered in the drawing.