206th anniversary of the Battle of Ogdensburg will be celebrated Feb. 23 and 24 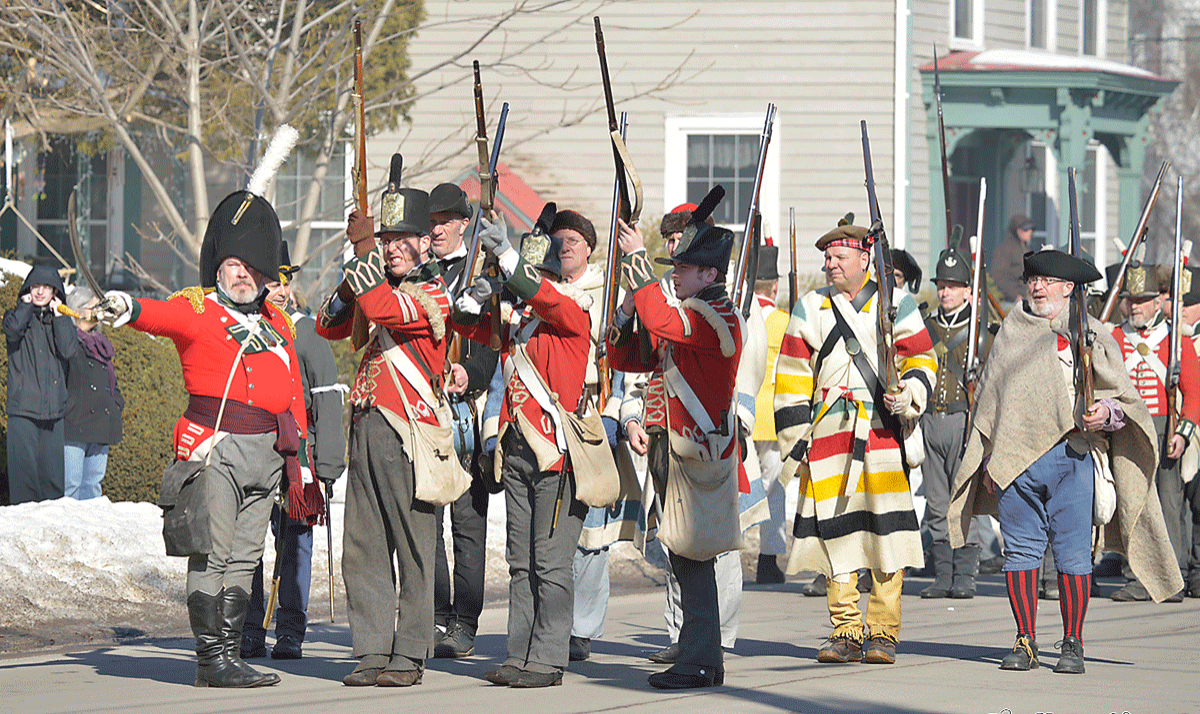 Re-enactors from Canada, Vermont and the local area take to the streets of Ogdensburg during last year’s anniversary of the Battle of Ogdensburg, Feb. 22, 1813. Photo submitted by Two Guys and A Camera.

OGDENSBURG – The 206th anniversary of the Battle of Ogdensburg will be celebrated with several events and re-enactments hosted and organized by the Fort la Presentation Association on Feb. 23 and 24.

A host of re-enactors from Canada, Vermont and Northern New York are expected to participate in the event. All events are open and free to the public.

In 1813, British soldiers crossed the frozen St. Lawrence River and attacked Ogdensburg on Feb. 22, which was a threat to the British supply lines during the War of 1812.

The battle resulted in the British capturing the supplies from the Fort, and breaking up the militia lead by Benjamin Forsyth. The Fort was not re-supplied after that.

A battle re-enactment will be staged at 1:30 p.m. in downtown Ogdensburg. The battle will start at the corner of Riverside (Water) and Franklin streets (Gertrude), and end at State and Ford streets.

Dallas Robinson will deliver the lecture “A Conversation with a Veteran of the Battle of Ogdensburg” at 3 p.m.

The annual Winter Ball in the style of an English country dance will be held at the Sherman Inn at 7 p.m.