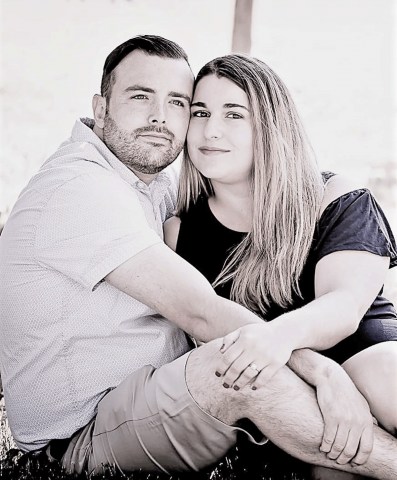 Carolynn Ann Swanson and Jesse Wayne Moore of Ogdensburg are engaged and planning a June 29, 2019 wedding.

Carolynn is the daughter of the late Tage and Sharon Swanson of Hammond, originally of Long Island.

Jesse is the son of Shirley Preston and the late Harold Moore of Hammond.

Carolynn is a 2011 Hammond Central grad and received a bachelor of arts degree in psychology from Clarkson University in 2015. She is studying for a master of social work and anticipates receiving it from Fordham University in 2020. She moved to Hammond at age 11 and went on to college in Potsdam, and later returned to Hammond where she reconnected with her husband-to-be.

Jesse graduated from Hammond Central in 2007 and received a bachelor of arts in sociology from SUNY Potsdam in 2016. He returned to Hammond in 2014 to assist his elderly father and reconnected with his wife-to-be.

The couple have been together since June 2014. They have two children and Jesse is a step-father to Carolynn's son. They are Garrett Gordon, 7; Oliver Moore, 3; and Madelynn Moore, 1.