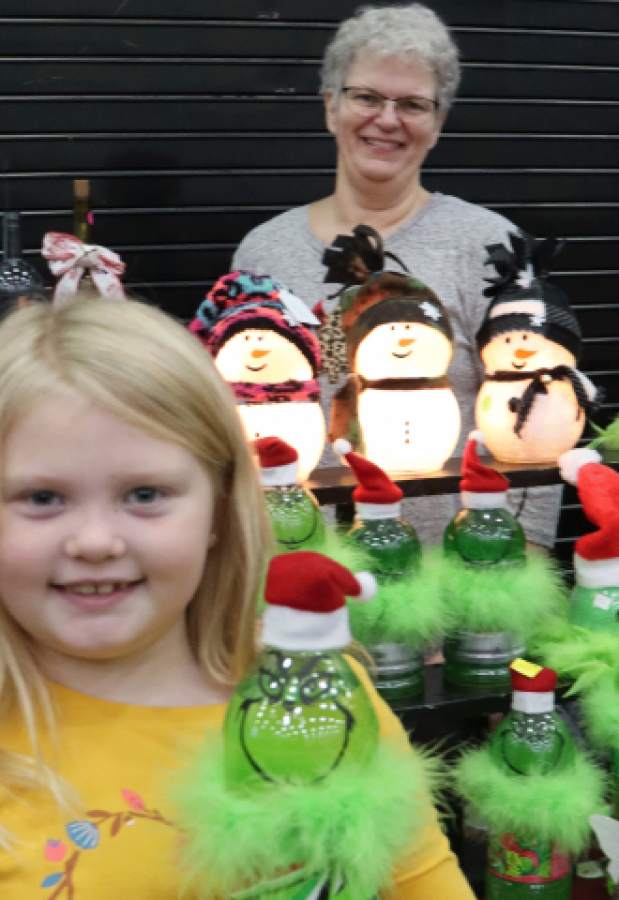 POTSDAM – One way to gauge the success of a craft fair is to simply ask the vendors.

The St. Lawrence County Chamber of Commerce-sponsored Craft, Food & Wine Holiday Show in Potsdam attracted a huge crowd, and according to many of the vendors, business was very good.

The show featured 121 vendors and saw 3,036 adults walk through the doors at Maxcy Hall Field House on the SUNY Potsdam campus.

“It’s been an annual tradition in Potsdam for 15 years and people were happy to see it back,” said Brook Rouse, Director of Tourism at the County Chamber. “We always survey verbally and several vendors said it was the best sales of the years.”

Rouse said many of the local vendors in attendance travel to major destinations, such as Lake George and Syracuse, but on Saturday reported impressive sales numbers.

“It’s a great sign of the support our community has for small business,” said Rouse.

She noted that many vendors also commented on the social aspect of the event.

“People were really pleased and saw the event as a real nice social event. It was a really good feel reconnecting with the community and seeing vendors supporting each other,” Rouse added.

She said the County Chamber also reaches out to vendors who want to expand into a business rather than a hobby.

“It has a good reputation and the time of year is good for it with people thinking about unique gifts,” said Dixon.