Power & Equipment Musuem gets $15,000 toward reconstruction of Civil War fort in Madrid 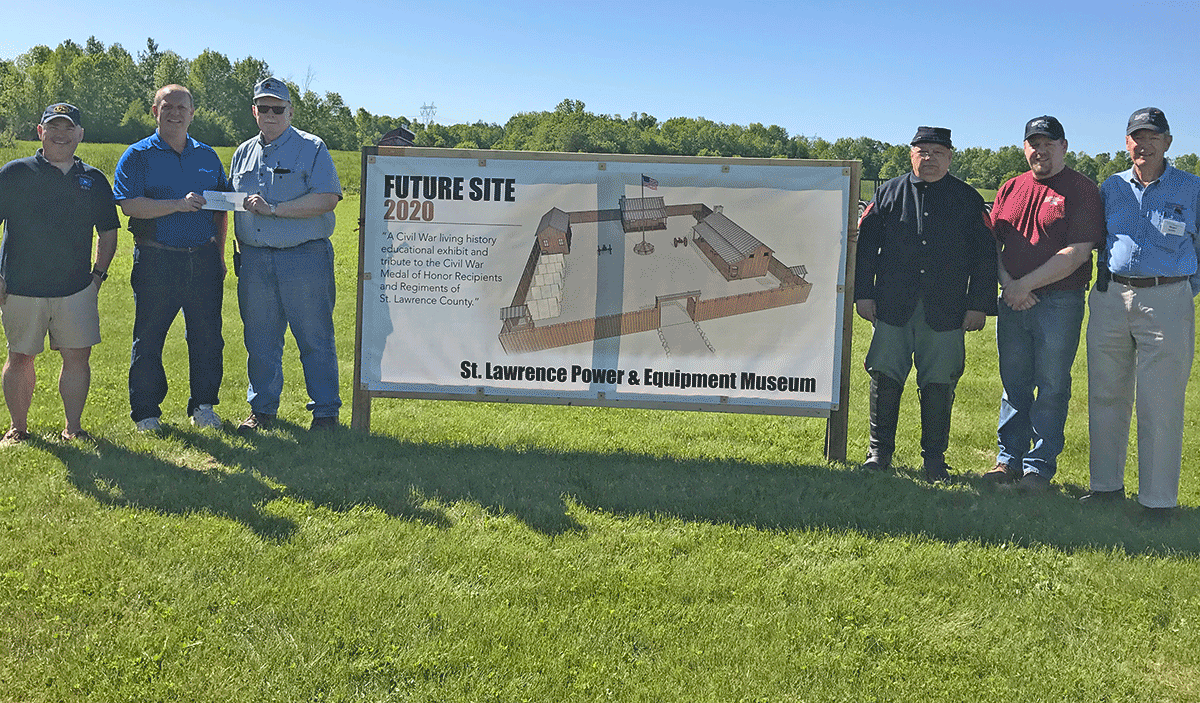 MADRID -- St. Lawrence Federal Credit Union recently made a $15,000 donation to support construction of a Civil War-era Fort to be built at the St. Lawrence Power and Equipment Museum.

The Barracks, which will also be an exhibit area, will have an honor roll with the names of all those serving during the war by regiment and which will be named for the credit union for their contribution.

This new exhibit will give visitors a glimpse of garrison camp life experienced during the war years, as well as provide an opportunity to school-aged children in grades 4 and 7 who are studying the American Civil War.

Located next to the fort’s main gate will be a memorial to the Medal of Honor recipients of St. Lawrence County.

The Museum is a 501c3 education corporation, provisionally chartered by the State University of New York. It is operated and managed by volunteer members.